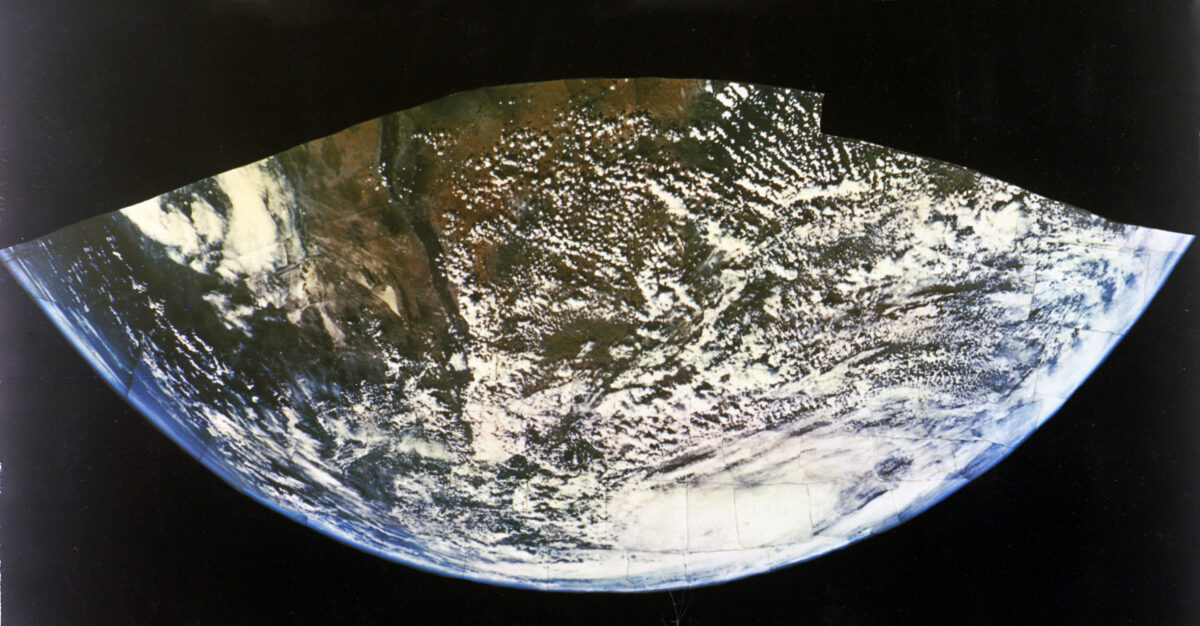 On October 5, 1954, an Aerobee rocket carrying two 16 mm movie cameras (including one with color film) captured the first color images of Earth from space, including images of a tropical storm over the state of Texas. 117 images from an altitude of 100 miles were used to create this photomosaic of the Earth from space in natural color for the first time. Credit: U. S. Navy / Naval Research Laboratory

When the rocket reached its maximum height of 100 miles above the Earth, the cameras began filming at a rate of 6 frames per second as the rocket spun, capturing the sweeping vistas of the world below. Upon return to Earth, Dr. Otto Berg of NRL, who had modified the cameras used and oversaw the project, made enlarged prints of the 16mm film frames, using 117 images he carefully cut and assembled to create a montage of the first natural color image of our planet. By happenstance, the images captured a tropical cyclone over Texas moving into the Rio Grande Valley – the first demonstration of the benefits of space photography for tracking hurricanes.

The fully assembled mosaic comprises the first natural color photograph of the Earth from space, with east being to the right. The image covers over a million square miles of the south-central US with a tropical storm visible over Texas at lower right of the image. This image also represents the first time the general public saw the Earth from space in natural color, being featured in the September 5, 1955, issue of Life Magazine.