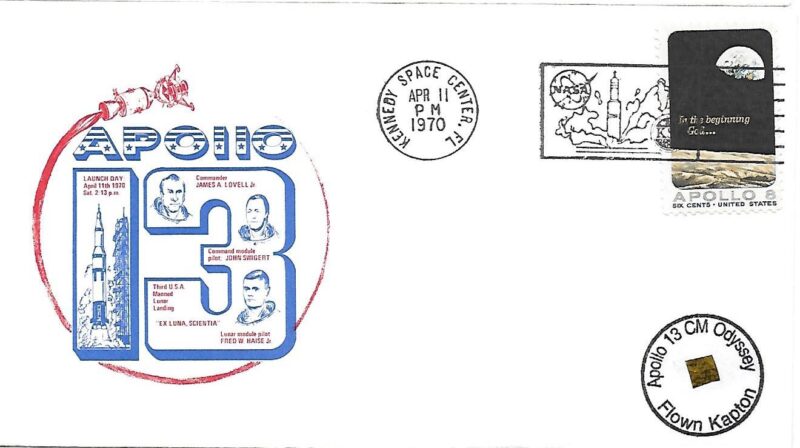 Apollospace is pleased to offer a collection of Apollo 13 event covers which have been affixed with a remnant piece of Kapton foil that was originally part of the protective insulation of the Apollo 13 command module “Odyssey,” and was flown in space to the moon from April 11-17, 1970. The Kapton from which the attached remnants were cut was originally from the personal collection of NASA Production Control Engineer William Whipkey (see accompanying letter of authenticity from Sandy Clarkson of “The Right Stuff”) and subsequently purchased by Apollospace. 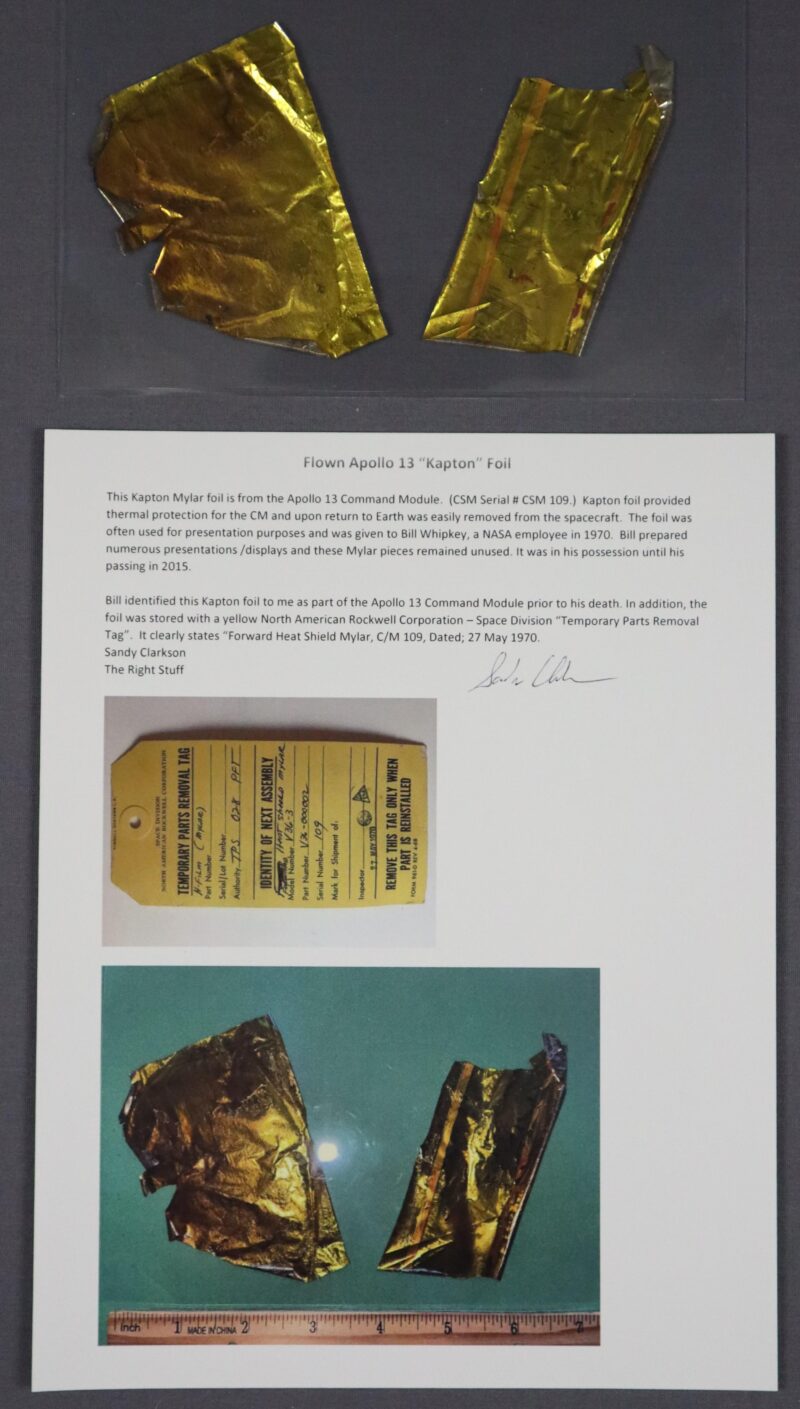 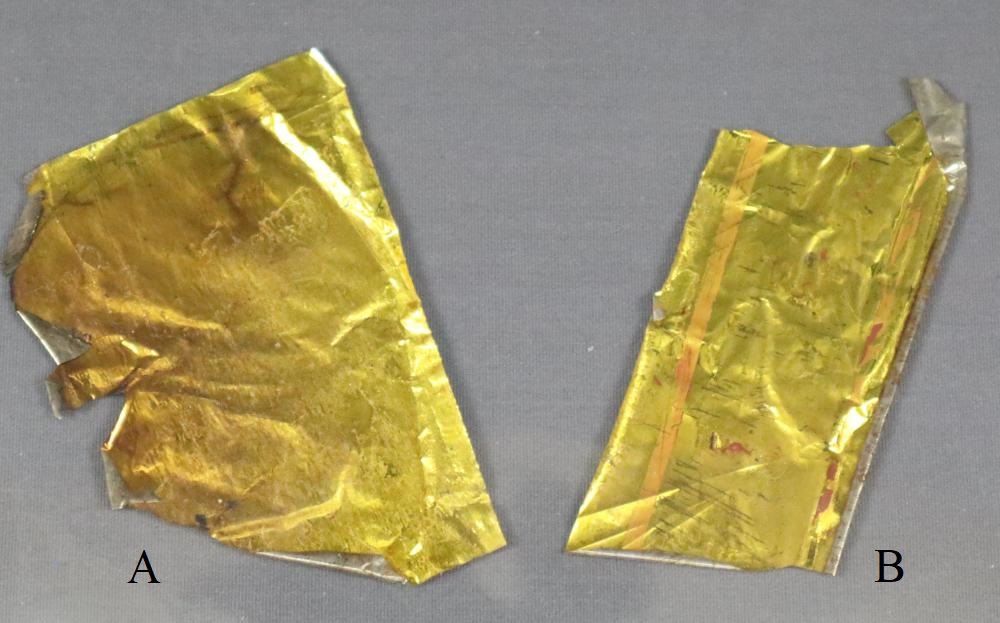 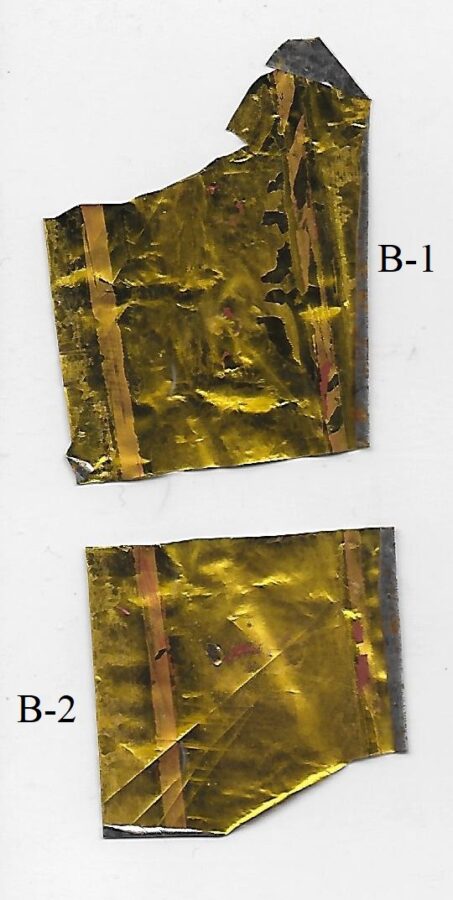 Each Apollo 13 event cover (commemorating an event contemporaneously during a mission) has been carefully selected for quality and condition. The flown kapton foil has been affixed to the front of the cover within a 1-inch stamp. 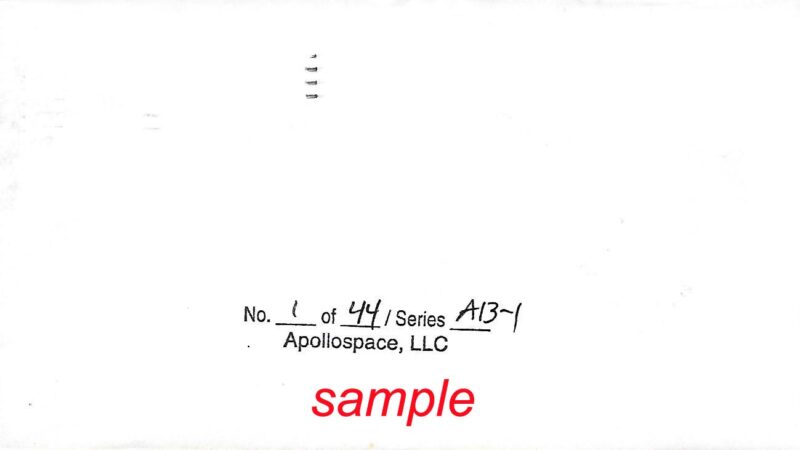 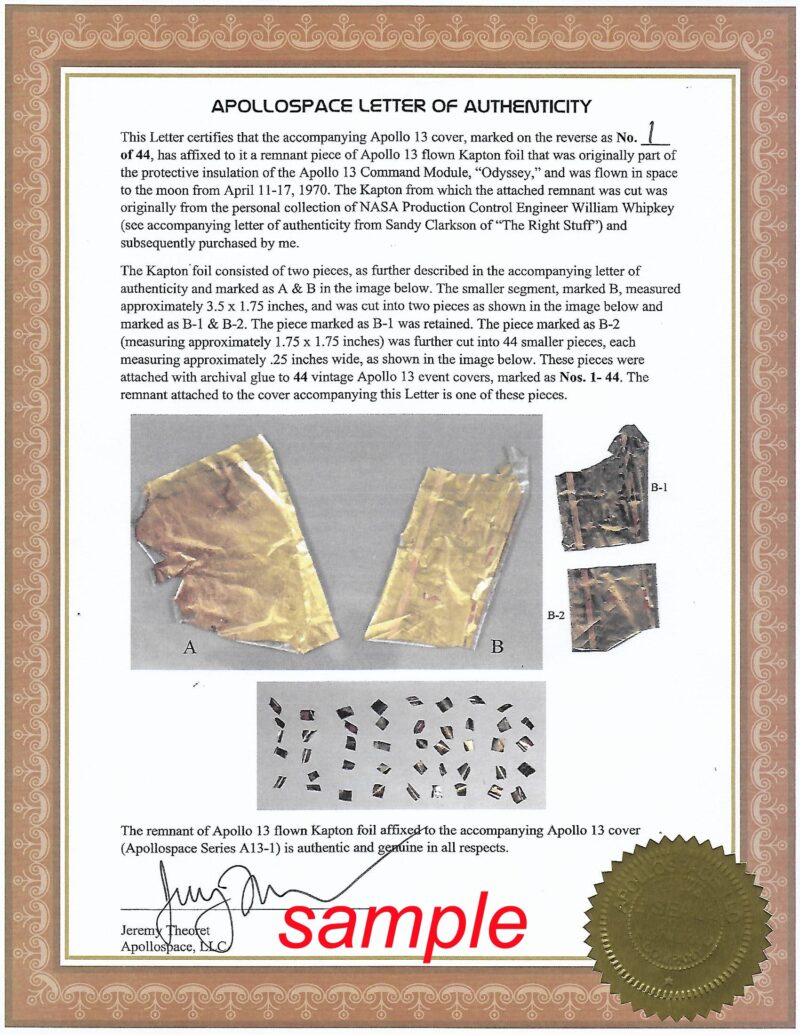