The Apollospace Apollo Mission Flight Photographs found on this site are arranged by mission pages and then specific film magazine pages.  Nearly 20,000 in-flight photographs were taken by astronauts during the Apollo program, primarily from Hasselblad and Nikon cameras.  The images available on this site and in our products are the highest resolution, fully restored Apollo images available.

Please note that Apollo Mission flight image collections are in the process being restored in anticipation of each mission’s 50th anniversary.  Available now are: Apollo 7, Apollo 8, Apollo 9, Apollo 10, Apollo 11, and Apollo 13.

Click the photo below to go to the Apollo Missions Images: 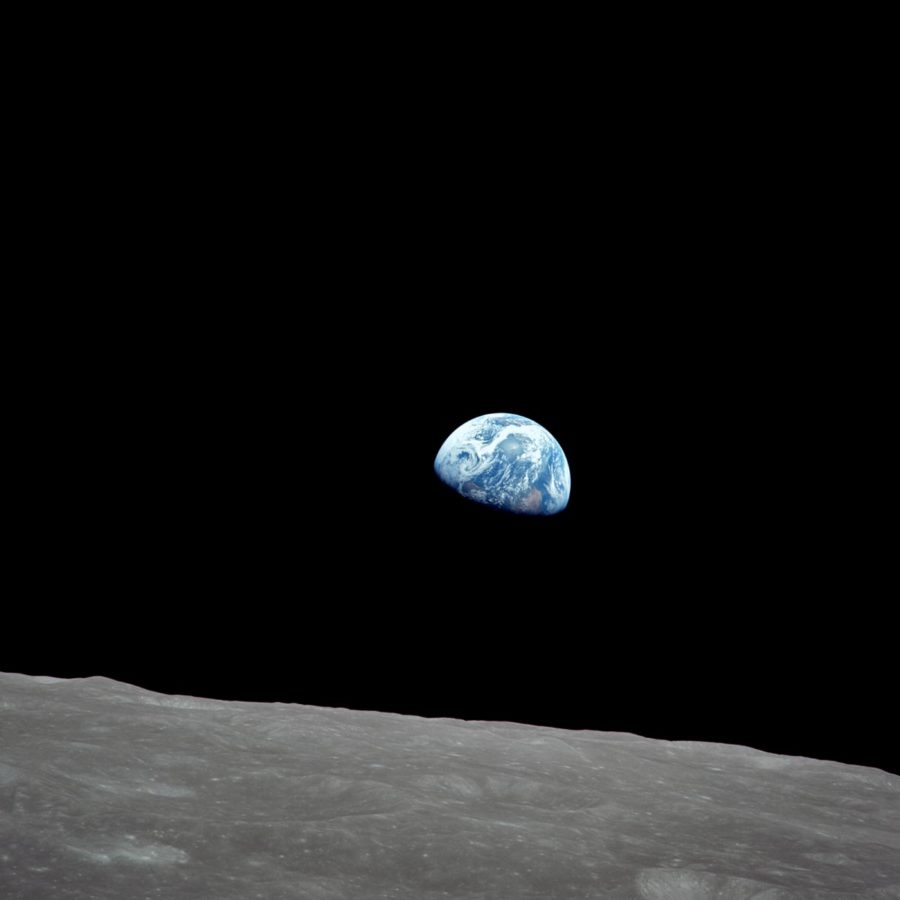 The Apollospace Gemini Mission Flight Photographs found on this site are arranged by specific mission pages.  3001 in-flight photographs were taken by astronauts during the Gemini Program, primarily with Hasselblad cameras.  The images available on this site and in our products are the highest resolution, fully restored Gemini images available.

Please note that Gemini Mission flight image collections are in the process being restored.  Available now are: Gemini 3, Gemini 6, and Gemini 8 missions.

Click the photo below to go to the Gemini Missions Images: 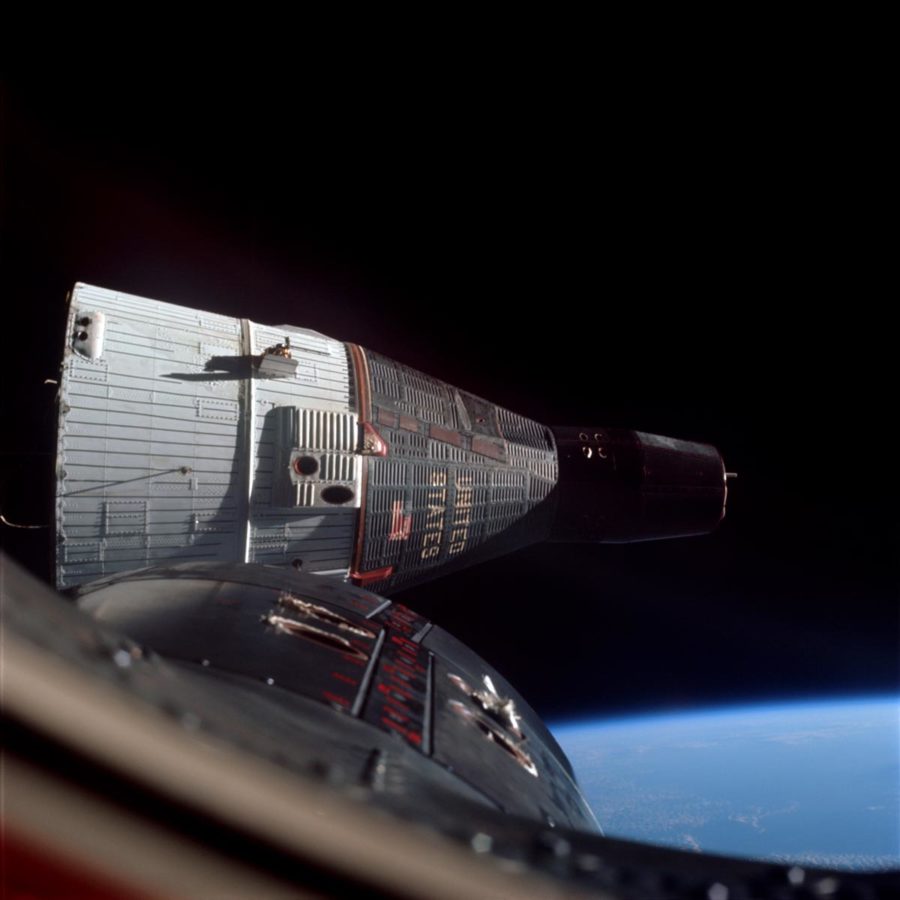 Apollospace holds tens of thousands of raw public domain Apollo era digital images, representing the highest resolutions that have been scanned by NASA from the original film.  These raw images have been, and continue to be, restored, corrected, and enhanced by Apollospace for public distribution and enjoyment.

Principal owner, Jeremy Theoret, has had an interest in space since he was too young to read.  He grew up watching the Gemini and Apollo Program missions and dreaming of one day venturing into space himself.  That didn’t work out quite like he’d hoped.  However, his passion for space exploration compelled him to collect astronaut autographs and space photos, and later to create Apollospace.  From approximately 1996 through 2007, Jeremy ran and operated Apollospace as a DBA/ sole proprietorship.  Jeremy travelled extensively to various NASA Regional Planetary Image Facilities to review the complete library of Apollo photographs and select the most iconic and compelling images, for which he acquired inter-negatives of those images through NASA, and produced and sold 8×10 photographs from those negatives on the Apollospace website.

Jeremy sold thousands of unsigned photographs to collectors around the world, including many Jeremy had signed by the astronauts themselves who took the photos or were featured in them.  That provided many opportunities to discuss Apollo era imagery with the people who were actually there, and provided valuable insight into how the photographs should look.  Among the observations shared by the astronauts were how inky black space appeared, how beautiful and precious the Earth looked, and how the moon appeared in a variety of colors from browns to grays.

Nearly 20,000 in-flight photographs were taken by astronauts during the Apollo program, primarily from Hasselblad and Nikon cameras.  In addition, thousand more images were taking remotely by the Metric and Panorama Cameras situated in the SIM Bay of the Command Module for Apollos 15-17.  In total, approximately 31,000 Apollo Program in-flight images exist (and this does not count the individually numbered frames from 16mm film which includes thousands more images):

Each film magazine during the Apollo era missions typically contained up to approximately 160 color or 200 black and white pictures.  Prior to and during the missions, the magazines were letter referenced (Magazine M, N, O, etc.), and when the images were indexed following the mission, they were designated with ascending numbers, with, for example, Apollo 7 photography consisting of magazines indexed as AS07-03 (magazine M) through AS07-11 (Magazine P).  The individual magazines and images were numbered sequentially throughout the Apollo Program beginning with Apollo 7 (AS07-03-1511) and ending with Apollo 17 (AS17-155-23776).  (This does not include the photographs from the unmanned Apollo 4 and Apollo 6 missions).  There are a number of “missing” magazines, that were either used for calibration, or in low-light or other experiments, that produced low quality or faulty images, as well as some magazines ending up lost in space (Gemini 10) or left on the surface of the moon (Apollo 12).

JSC digitally scanned the Apollo Program photographs for the 40th anniversary of Apollo in and around 2009.  These raw images can be seen on the National Archives website and various NASA image galleries online.

Most recently, JSC re-scanned the original negatives at the highest resolutions ever in preparation for the 50th anniversary of Apollo, pursuant to a Space Act Agreement between Arizona State University (ASU) and NASA’s Johnson Space Center.

Digital scans of flight images in their raw (unprocessed) form are in the public domain, and as such are covered by NASA usage policy for still image and computer files (see URL: https://www.nasa.gov/multimedia/guidelines/index.html).  Most of the raw images (including all color images) used in creating the images found on this site and contained in our products were acquired from ASU.  The remainder of the raw images, including many of the black and white images found here, were acquired from the National Archives or a NASA image site.

Unfortunately, until today, the majority of these scanned images have not been available anywhere online as completely restored, corrected, and enhanced high resolution images.  What there is, across numerous websites, are collections of images in raw, unprocessed form, or marginally processed images that fail to fully showcase these images as they truly deserve to be seen.   Apollospace is changing that.

The Apollospace image process page details the technical work of bringing these photographs to life.  But more than an historical record of one of the greatest accomplishments in human history, these images are art.   Each Apollo era photograph appearing on this site was taken by a human hand and with a human eye.  50 years later, each one been restored, corrected, and enhanced with a human eye as well, to be as visually pleasing as they are historically and naturally accurate.