Reflections: Apollo 7 in Pictures and Words, with Walt Cunningham

Created to celebrate the 50th anniversary of the Apollo era, beginning with the launch of Apollo 7 in October, 1968, the first film in the series was released in October, 2018 to commemorate the 50th anniversary of Apollo 7. “Reflections: Apollo 7 in Pictures and Words,” features the best Apollo 7 photography and archival media described by the sole remaining crewman from that mission: Apollo 7 astronaut Walt Cunningham.  In this 23 minute film, released on the 50th anniversary of the Apollo 7 launch on October 11, 2018, Walt reflects on his NASA career, some of his favorite Apollo images, and the future of spaceflight.  The interview with Walt was shot in 4K at his home on August 30, 2018. The film lasts 23 minutes.

Reflections: Apollo 13 in Pictures and Words

To celebrate the 50th anniversary of Apollo 13, Apollospace presents, “Reflections: Apollo 13 in Pictures and Words,” featuring Apollo 13 astronaut Fred Haise telling stories of the mission accompanied by our best Apollo 13 photography. In this 26 minute film, Fred reflects on his military and NASA careers, the launch of Apollo 13 and initial photographic tasks and equipment, the  the oxygen tank “explosion,” the problems with CO2 and the lithium hydroxide cartridges, the mission’s best lunar photography, the story and promise of Apollo, and the future of humanity.  The interview with Fred was shot in 4K on August 30, 2018.  the film runs approximately 26 minutes.

In the film  General Stafford discusses all four of his missions, from his first, GT-6, which featured the first rendezvous of two spacecraft in orbit, to his last, the Apollo-Soyuz Test Project (ASTP) and the first docking of two international spacecraft.  In between, he confronted angry alligators, endured spacewalks from hell, barnstormed the moon, brought a tumbling spaceship back under control, and  became (as he remains to this day) the fastest man alive.  Stafford also discusses his childhood inspirations, the significance and legacy of Apollo, the lessons and implications for humanity for international cooperation, seeing the Earth from space, and his thoughts on the future.

The interview was shot in 4K on May 19, 2019, at Gen. Stafford’s name sake museum and at a public event at his alma mater high school in Weatherford, OK, on the occasion of the 50th anniversary of his Apollo 10 flight. The film runs approximately 45 minutes. Featured below is an extended 18 minute clip discussing Apollo 10 (clip in HD, full film in 4K):

Our next film will feature our interview of Apollo 9 astronaut Rusty Schweickart.  Rusty discusses the Apollo 9 mission and his moving experience gazing upon the Earth in silence.  From there he segues to the philosophical implications of human space travel. 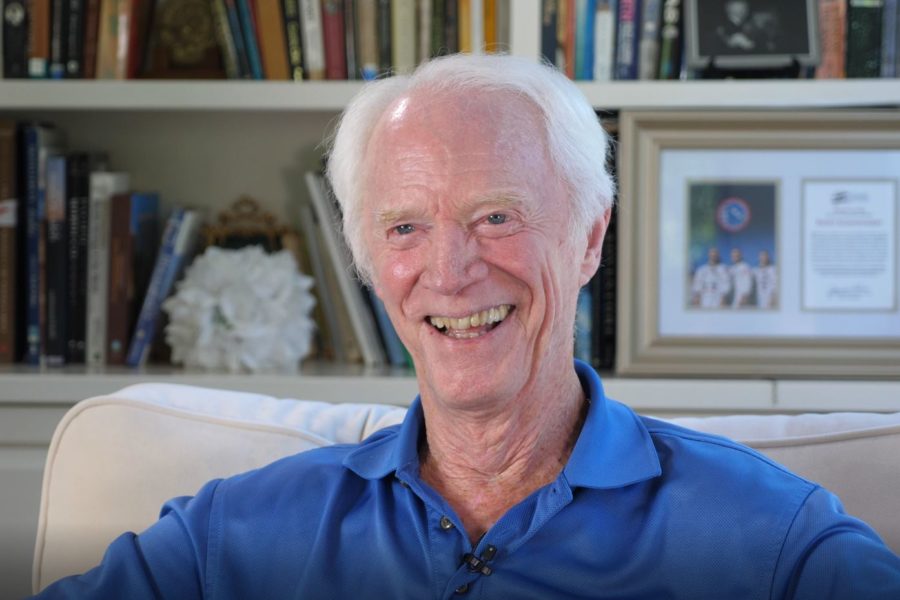 Other Apollo Reflections News and Updates: