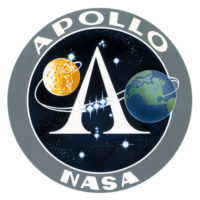 If a picture is indeed worth 1000 words, then the story of Apollo would take tens of millions of words to tell. There are literally thousands of websites and resources for information about the Apollo Program – the primary purpose of which was to fulfill President Kennedy’s call to land Americans on the Moon and return them safely to Earth is less than ten years – and yet the full tale has yet to be told.

The Apollo Program was, without doubt, one of the greatest accomplishments in human history. Human beings, for the first time, left the Earth and gazed back at our beautiful planet, the source of all we had ever known. This site cannot possible begin to come close to telling the full story of Apollo. We do bring you the most beautiful, fully restored, high resolution Apollo mission flight photographs you can find anywhere. These images have never looked so good. Collectively they tell a story the likes of which the world had never known and one that will never be forgotten.

The Apollospace Apollo Mission Flight Photographs found on this site are arranged by mission pages and then specific film magazine pages. Nearly 20,000 in-flight photographs were taken by astronauts during the Apollo program, primarily from Hasselblad and Nikon cameras.

Each film magazine (roll of film) during the Apollo missions typically contained up to approximately 160 color or 200 black and white exposures. Prior to and during the missions, the magazines were letter referenced (Magazine M, N, O, etc.), and when the images were indexed following the missions, they were designated with ascending numbers, with, for example, Apollo 7 photography consists of magazines indexed as AS07-03 (magazine M) through AS07-11 (Magazine P). The individual magazines and images were numbered sequentially throughout the Apollo Program beginning with Apollo 7 (AS07-03-1511) and ending with Apollo 17 (AS17-155-23776). Learn more about Apollo Era Photography here.

To enjoy the full screen online versions of these amazing images individually, or as slide shows, just click on the Apollo mission pages.  For higher resolution images, click the link on the individual mission and magazine pages to download the complete image catalogs in high-resolution for free.

Click on a mission patch below to view the Apollo Mission pages: