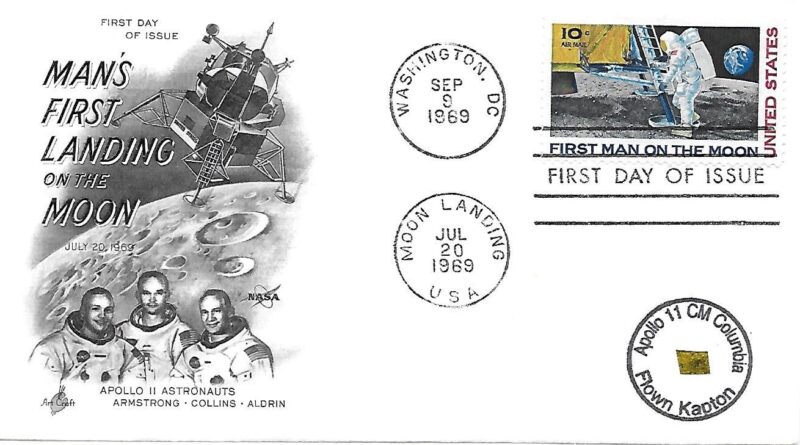 Apollospace is pleased to offer a collection of Apollo 11 vintage event and First Day covers which have been affixed with a remnant piece of Apollo 11 flown Kapton foil that was originally part of the protective insulation of the Apollo 11 Command Module, “Columbia,” and was flown in space from July 16-24, 1969. Apollo 11 was the first mission to land men on the Moon and return them safely to Earth. The Kapton from which the attached remnants were cut was originally auctioned by Goldberg Auctioneers from the personal collection of NASA Production Control Engineer William Whipkey (documents provided). That remnant was subsequently offered by Heritage Auctions on May 21-22, 2021 as LOT # 50254 (see images and documents provided) and was purchased by Apollospace at that time.

Original certificate for the flown kapton foil as coming from the collection of NASA engineer, William Whipkey: 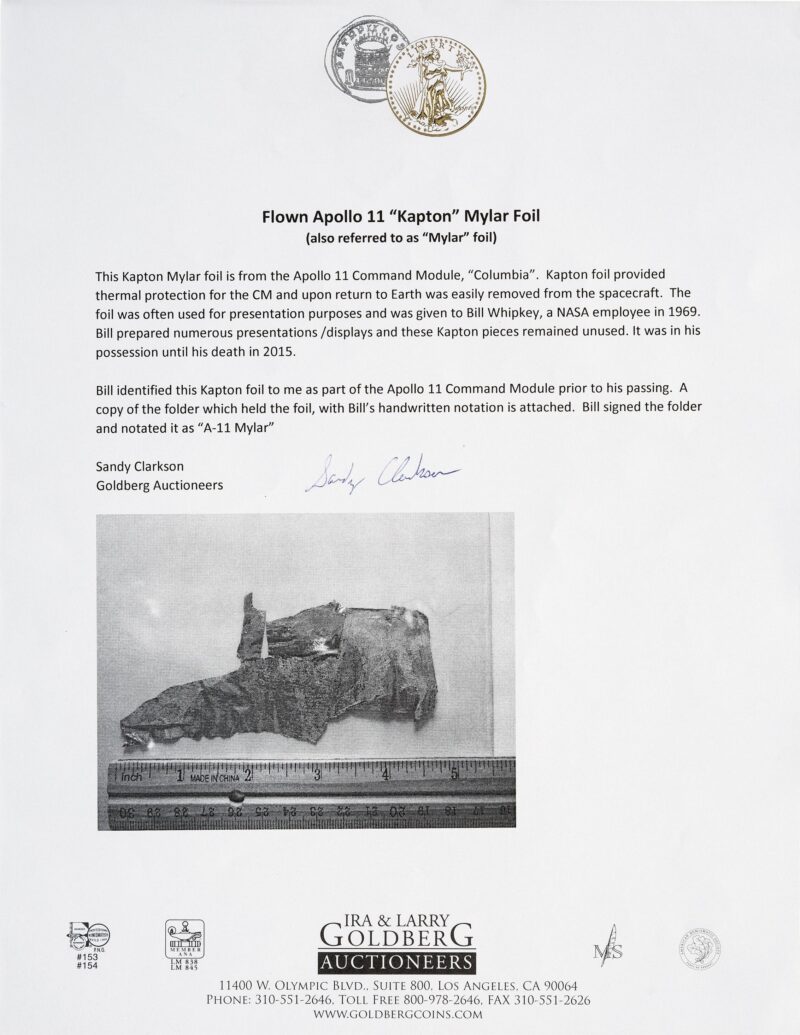 This large remnant, measuring approximately 4.75 x 2 inches, consisted of several layers which were separated into five individual pieces as shown below and marked A-E. The remnant attached to the covers was cut from the pieces marked as A & B pictured within the red box in the image below. The remnants cut from these pieces (measuring up to .25 inches square) were attached with archival glue to a total of 110 vintage Apollo 11 event or First Day of Issue covers.  6 cover proofs were retained and the remaining 104 covers marked as Nos. 1-104, Series A11-1. 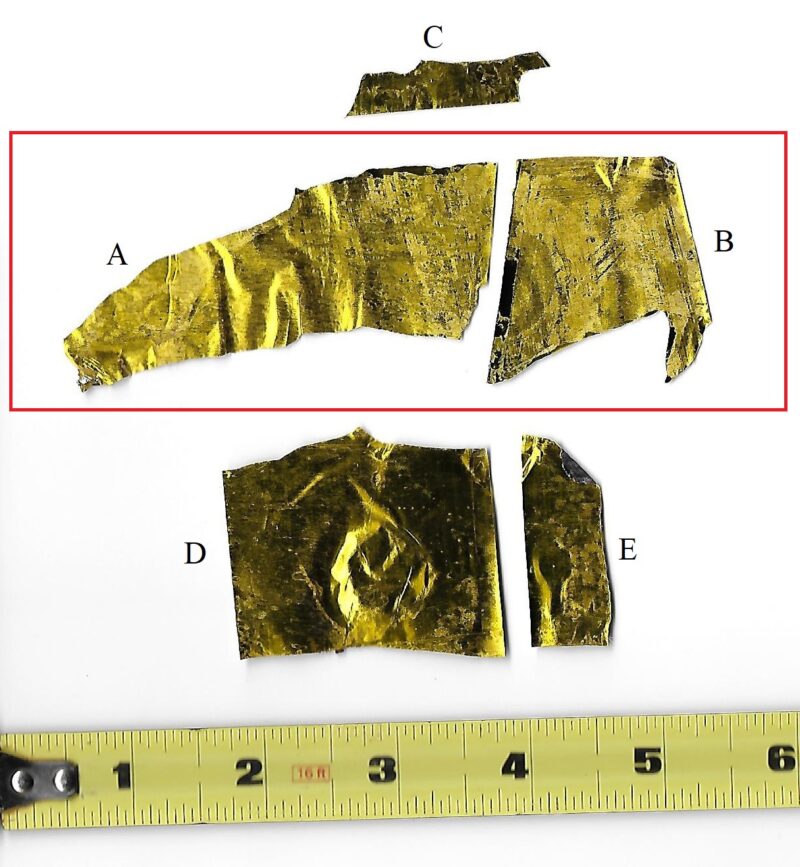 Each Apollo 11 event (commemorating an event contemporaneously during a mission) or first day cover (commemorating a stamp issue) has been carefully selected for quality and condition. The flown kapton foil has been affixed to the front of the cover within a 1-inch stamp. 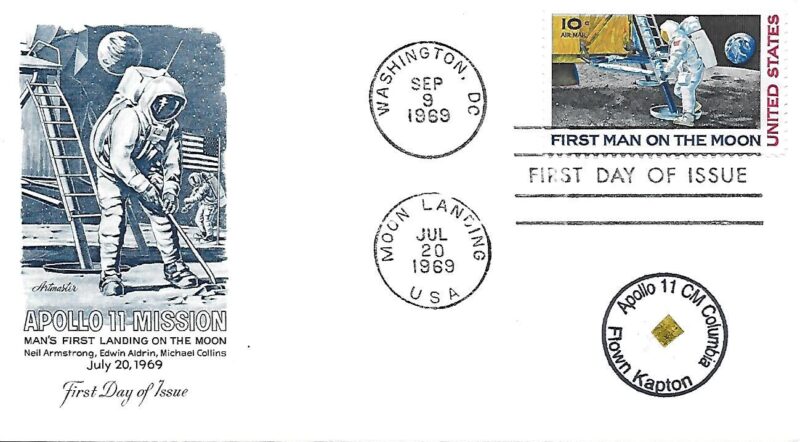 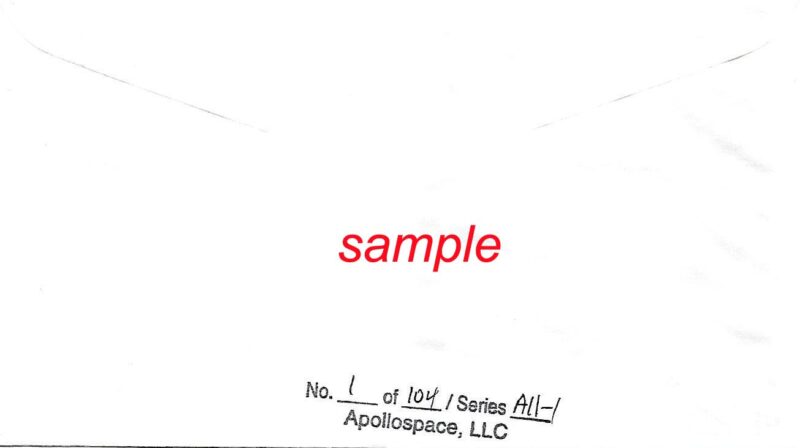 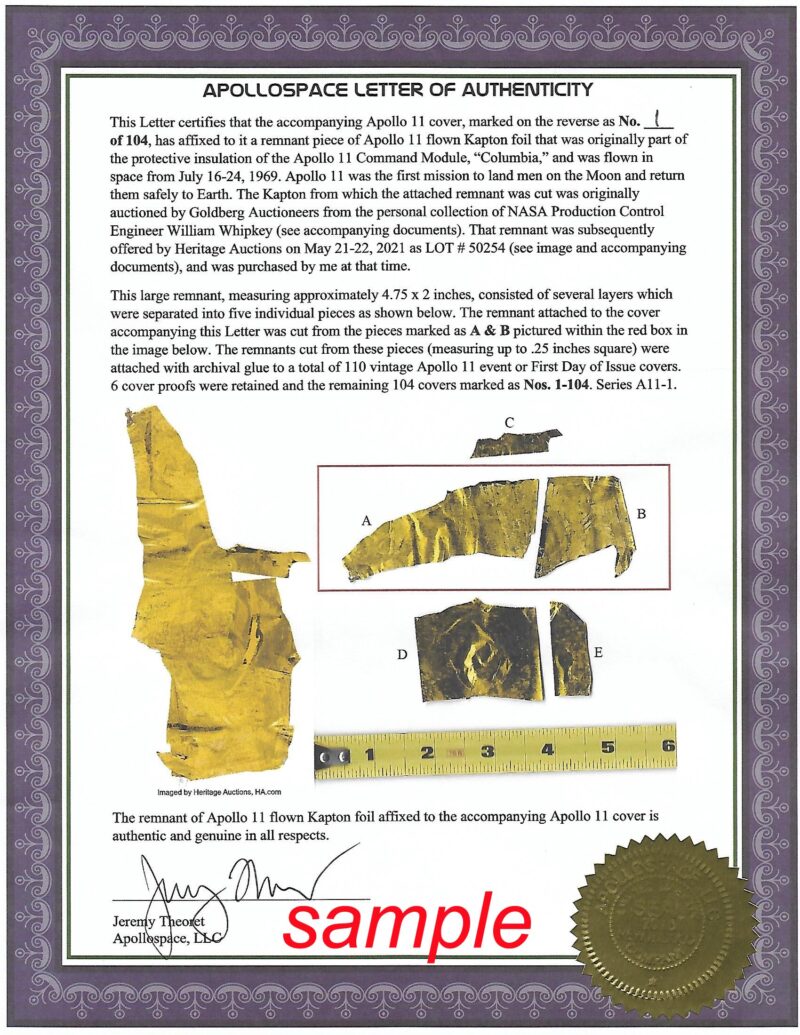