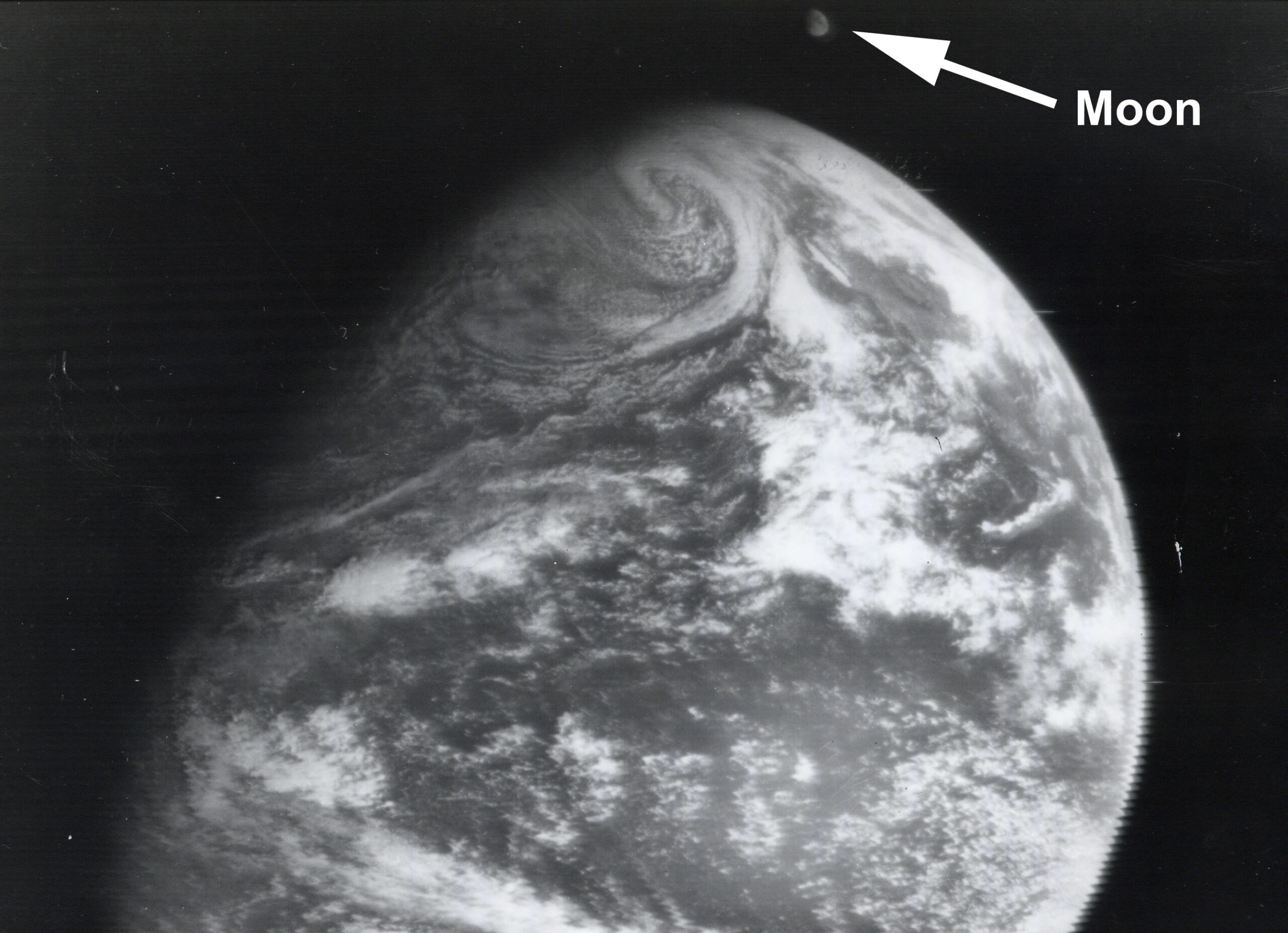 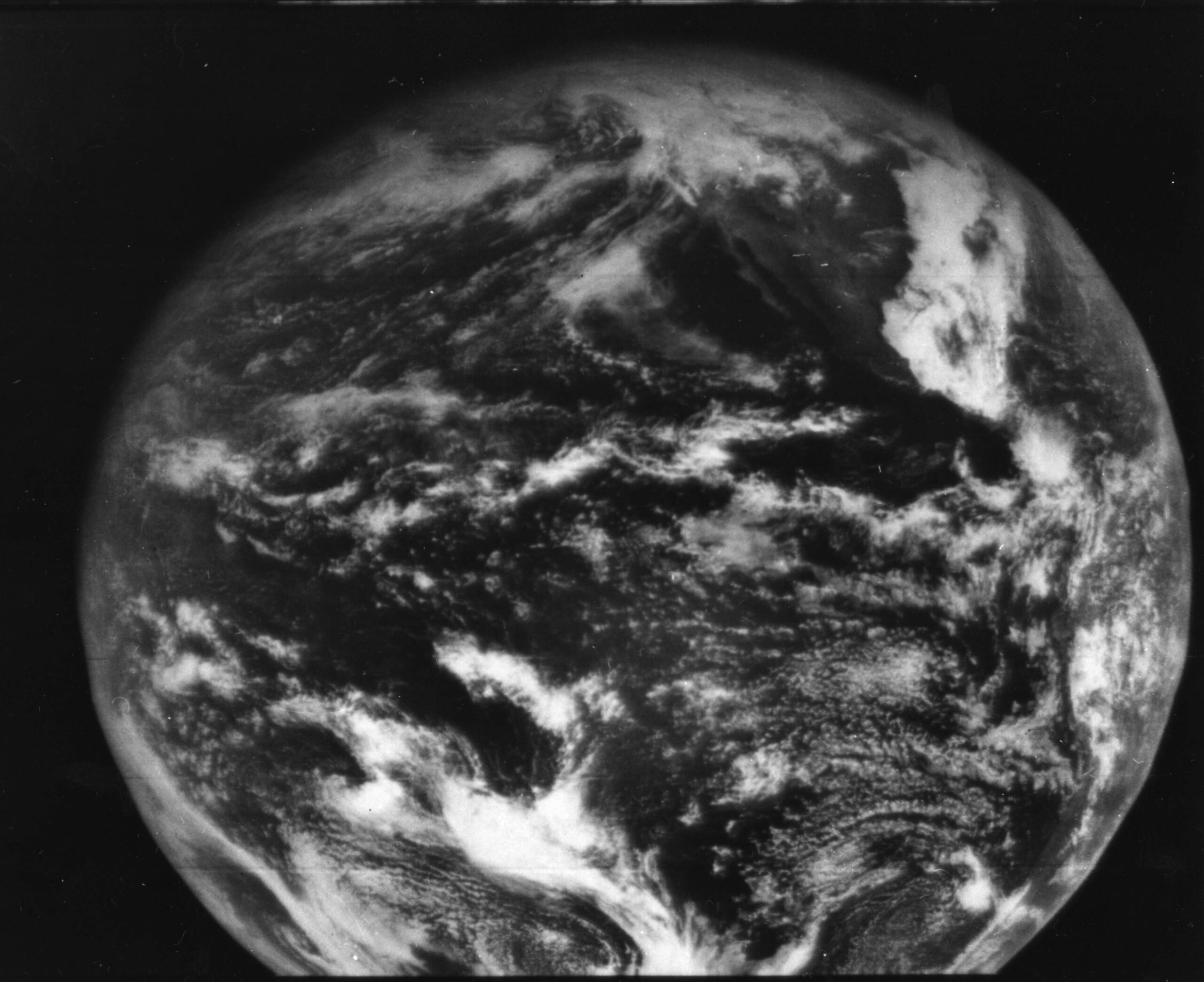 But what about the whole Earth? In color? 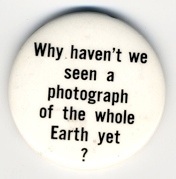 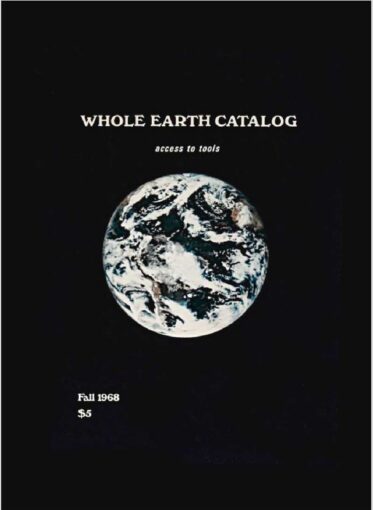 rgic acid diethylamide.  I was sitting on a gravelly roof in San Francisco’s North Beach.  It was February 1966.  Ken Kesey and the Merry Pranksters were waning toward Mexico.  I was twenty-eight. In those days, the standard response to boredom and uncertainty was LSD followed by grandiose scheming.  So there I sat, wrapped in a blanket in the chill afternoon sun, trembling with cold and inchoate emotion, gazing at the San Francisco Skyline, waiting for my vision. The buildings were not parallel—because the earth curved under them, and me, and all of us; it closed on itself.  I remembered that Buckminster Fuller had been harping on this at a recent lecture—that people perceived the earth as flat and infinite, and that that was the root of all their misbehavior.  Now from my altitude of three stories and one hundred mikes, I could see that it was curved, think it, and finally feel it. But how to broadcast it?  It had to be broadcast, this fundamental point of leverage on the world’s ills.  I herded my trembling thoughts together as the winds blew and time passed.  A photograph would do it—a color photograph from space of the earth.  There it would be for all to see, the earth complete, tiny, adrift, and no one would ever perceive things the same way. But how to accomplish this?  How could I induce NASA or the Russians to finally turn the cameras backwards?  We could make a button!  A button with the demand “Take a photograph of the entire earth.”  No, it had to be made a question.  Use the great American resource of paranoia…  “Why haven’t they made a photograph of the entire earth?”  There was something wrong with “entire.”  Something wrong with “they.” “Why haven’t we seen a photograph of the whole Earth yet?”  Ah.  That was it. The next day I ordered the printing of several hundred buttons and posters.  While they were being made I spent a couple hours in the San Francisco library looking up the names and addresses of all the relevant NASA officials, the members of Congress and their secretaries, Soviet scientists and diplomats, UN officials, Marshall McLuhan and Buckminster Fuller…

Courtesy Stewart Brand from account written in 1976 for the THE SIXTIES, edited by Lynda Obst and Rolling Stone.  Licensed under the Creative Commons Attribution-Noncommercial 3.0 United States License.

That would come on November 11, 1967, with the first full color photograph of the whole Earth taken by Applications Technology Satellite 3 (ATS-3). 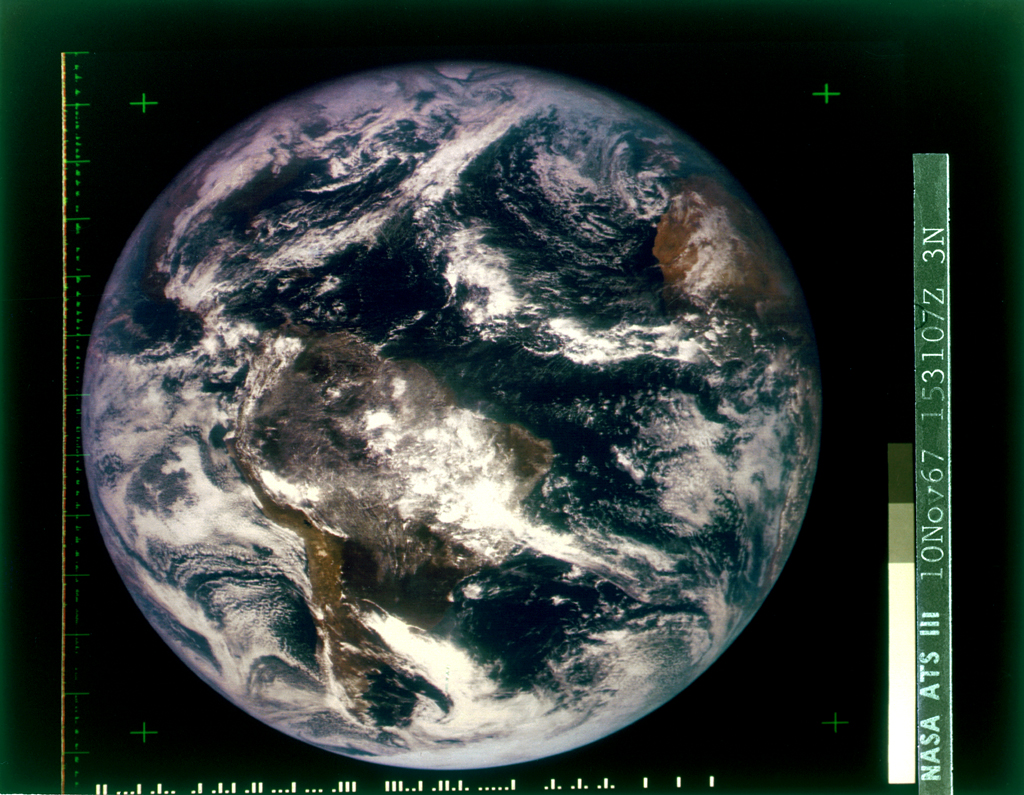 It’s impossible to overstate the significance of this event – seeing the Earth as it actually is, and our place on it. The only boundaries where land meets water and sky meets the empty black of beyond.

On August 10, 1966, Lunar Orbiter 1, a robotic spacecraft, launched and four days later became the first American spacecraft to orbit the Moon. Above, the original mosaic image of our planet as seen from the Moon presented to the public on August 23, 1966.

Decades later, the Lunar Orbiter Image Recovery Project (LOIRP) digitized the original analog data tapes from Lunar Orbiters 1-5 that had been sent to the Moon in 1966 and 1967. The LOIRP completed digitizing and restoring the Lunar Orbiter 1 images in 2014, with the three images from that mission showing the Earth presented below, with additional processing by Apollospace. 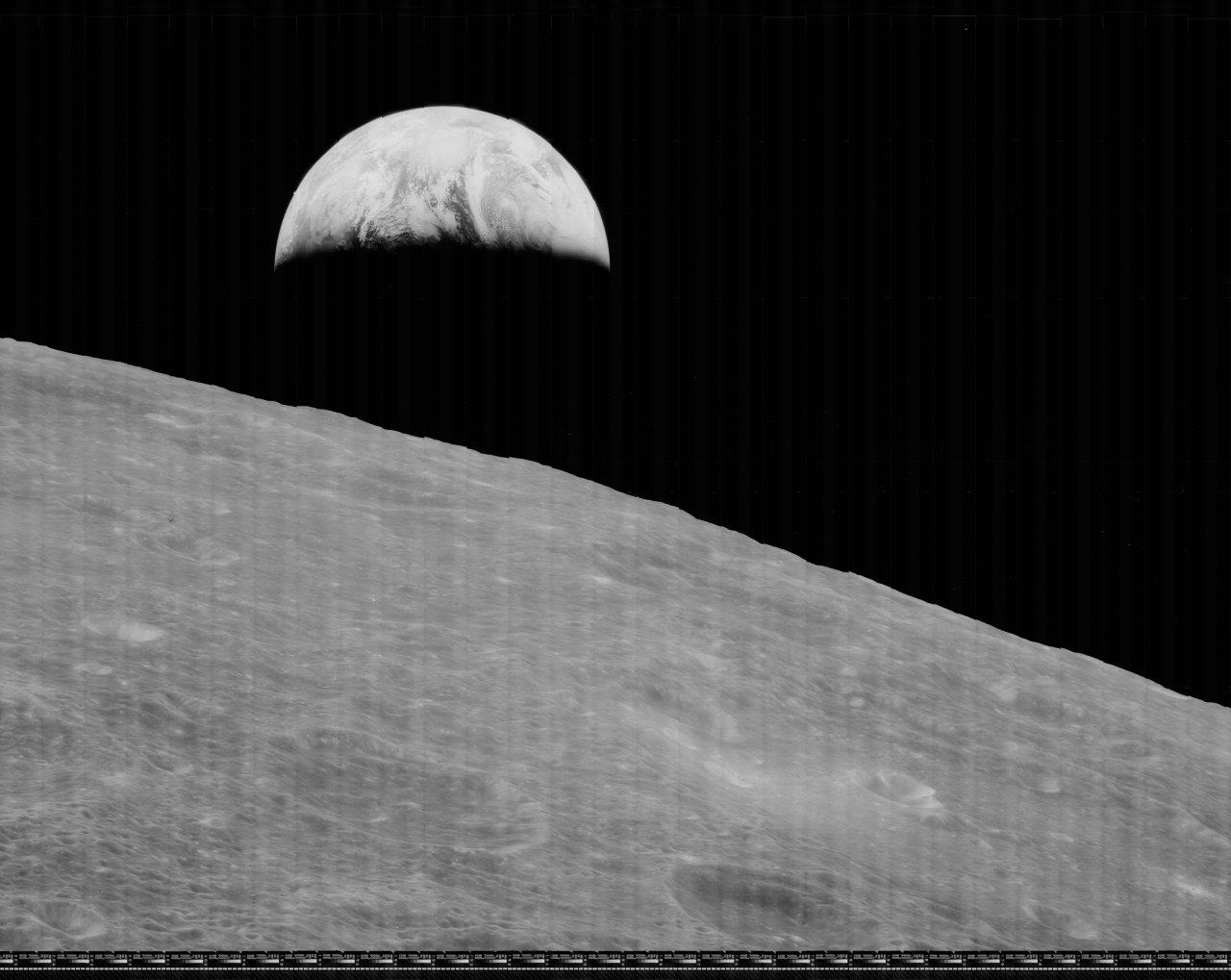 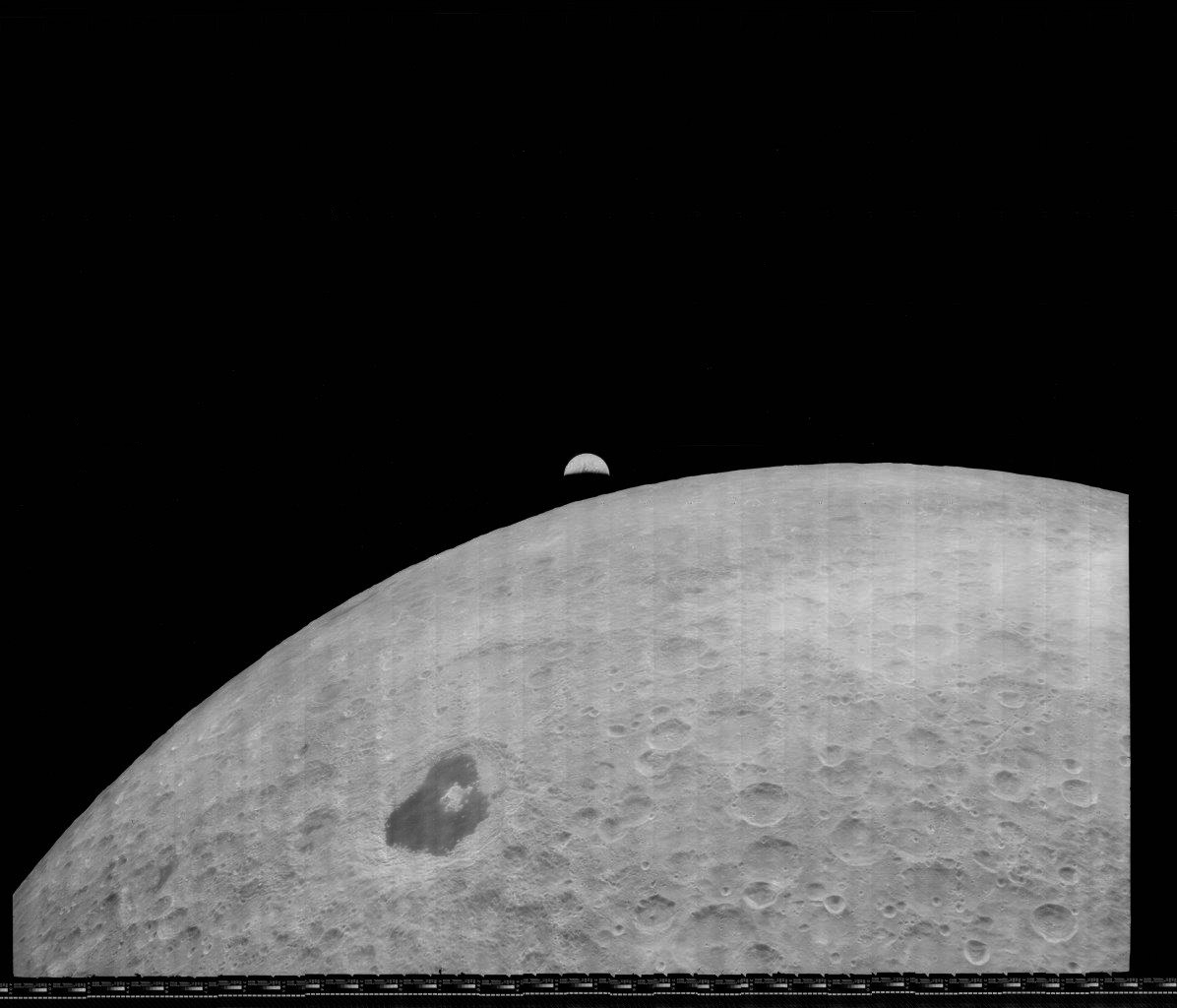 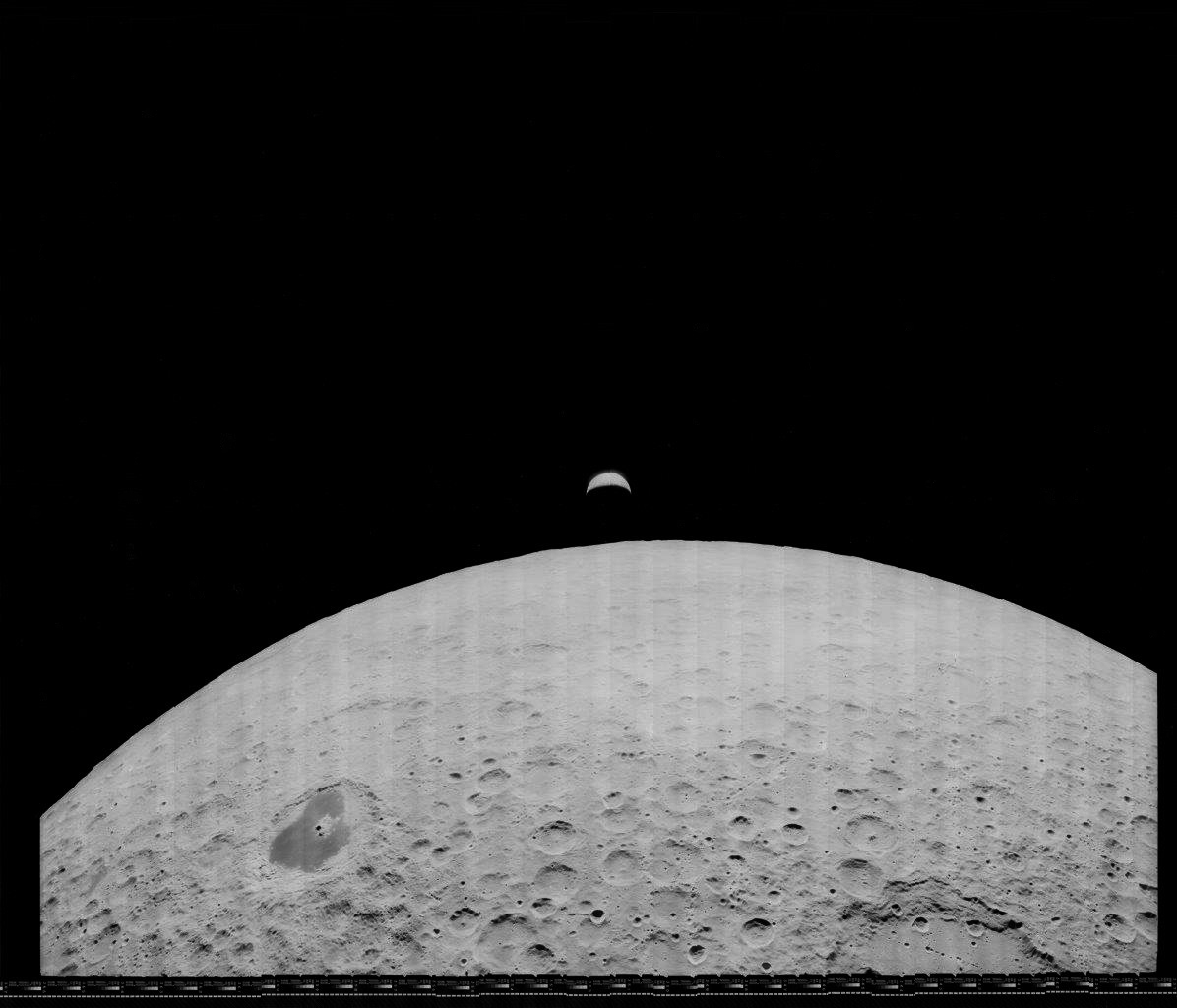