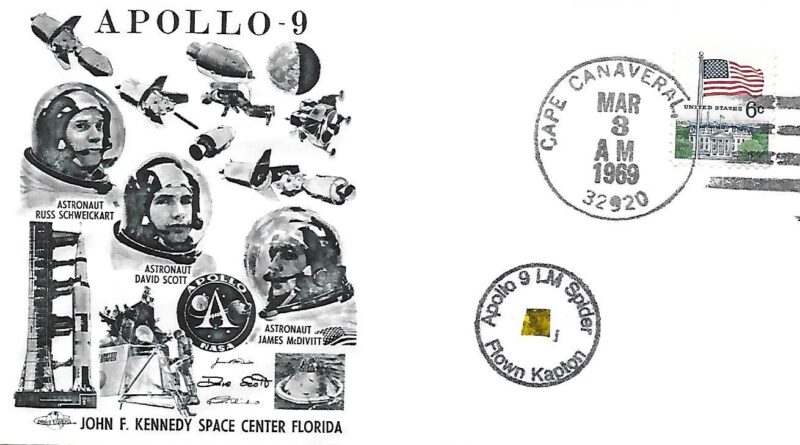 Apollospace is pleased to offer a collection of Apollo 9 event covers which have been affixed with a remnant piece of Kapton foil that was originally part of the protective insulation of the Apollo 9 Lunar Module, “Spider,” and was flown in space as part of that spacecraft from March 3-13, 1969. The original Kapton from which the attached remnants were cut was retrieved from the Lunar Module by Apollo 9 Lunar Module Pilot Rusty Schweickart shortly before the LM was jettisoned from the Command Module.

The remnants attached to these covers was cut from a larger piece measuring approximately 6-inches long that was part of Rusty Schweickart’s personal collection until consigned by him to Heritage Auction in May 2019 as LOT #50939, as shown in the images below.

That larger piece of Kapton was purchased by Apollospace at that time and sectioned off as shown: an approximately two-inch piece was retained, another piece measuring approximately 1.5 x 1.5 inches was cut into four smaller pieces measuring .75 x .75 inches each, and the remaining approximately 2.5-inch piece, pictured at center and boxed in red, was cut into smaller approximately .25 inch remnants which were attached with archival glue to 53 Apollo 9 event covers.  Three cover proofs were retained and the remaining 50 covers marked as Nos. 1-50. Series A9-2, offered exclusively by Apollospace.

Each Apollo 9 event cover (commemorating an event contemporaneously during the mission) has been carefully selected for quality and condition. The flown kapton foil has been affixed to the front of the cover within a 1-inch stamp. 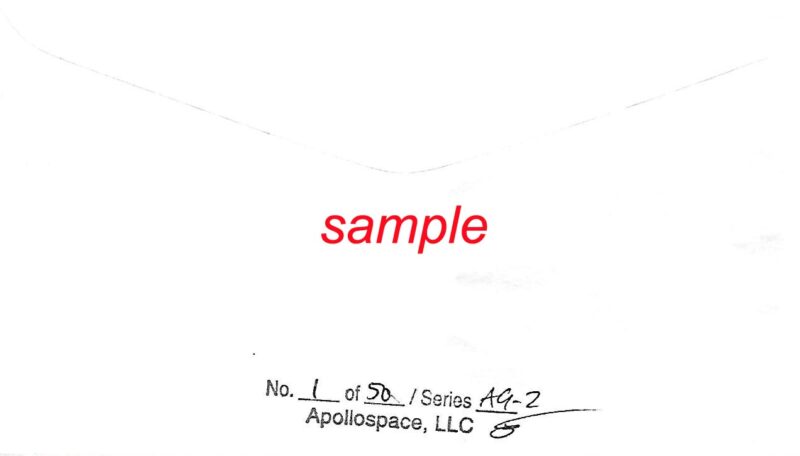 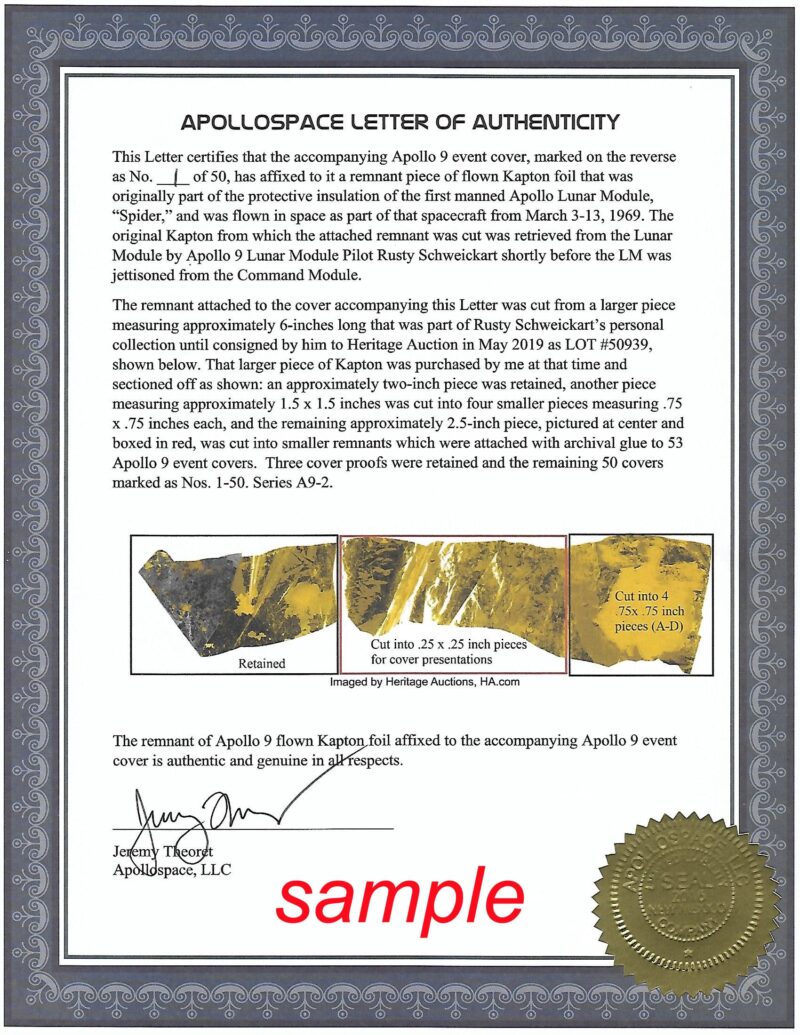 And a copy of Rusty’s original letter that accompanied the kapton foil when he consigned it to Heritage Auctions. 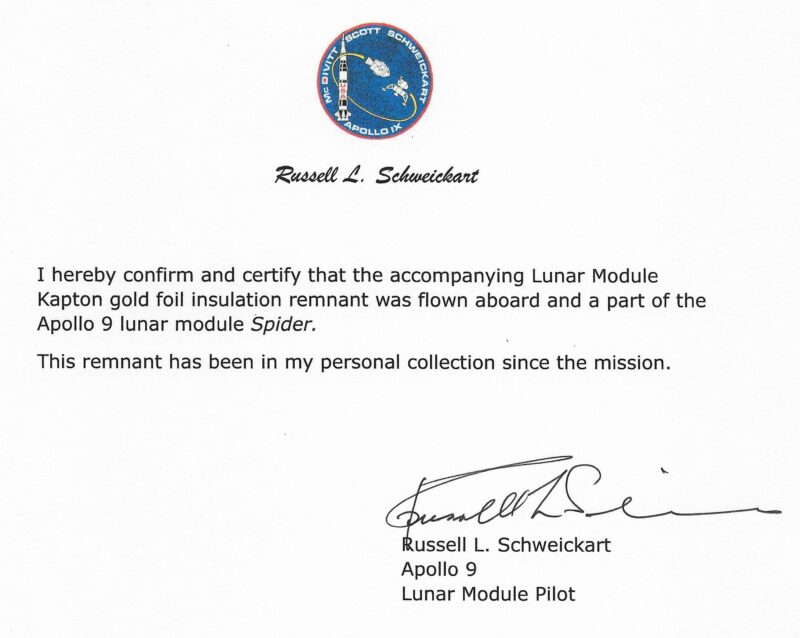