We have completed our fourth film in the “Apollo Reflections” series, this one featuring Apollo 9 astronaut Rusty Schweickart, Apollo 9 Lunar Module Pilot:

In this profoundly beautiful and moving film, Apollo 9 Astronaut Rusty Schweickart discusses the Apollo 9 mission, his life-altering spacewalk, and our cosmic birth. Rusty describes testing the Lunar Module, the first true spaceship that would four month later land men on the moon; his historic spacewalk, the first EVA of the Apollo era; and the incredible beauty of the Earth from space.

Beyond the Apollo 9 mission itself, Rusty goes much deeper to explore the philosophical and evolutionary implications of humanity’s first steps into the cosmos, describing the powerful effects of his “five minutes” alone on the Lunar Module porch as he observed the Earth below and pondered the big questions of existence – questions he would come to answer back on Earth.

Check out the full film “Rusty Schweickart: Apollo 9 & Beyond”:

Praise for “Rusty Schweickart: Apollo 9 & Beyond” :

“Astronaut Rusty Schweickart’s story is one of the great ones, and the way this film [“Rusty Schweickart: Apollo 9 & Beyond”] tells the story has its own greatness,” – Stewart Brand, co-founder of Long Now Foundation and creator and editor of the Whole Earth Catalog (National Book Award).

“What was the real meaning of Apollo? The big meaning? That’s what I asked myself anticipating the 50th anniversary of that historic moment. Jeremy Theoret captured it in this film… this is what I believe. No small challenge.” – Apollo 9 astronaut Rusty Schweickart.

“I am proud and honored to have been helpful in producing the beautiful piece of art that is this film. From the music to the visuals to what comes out of the mind of an amazing human being, this is a seamless and for me deeply emotional work that is a major contribution to the annals of space and also human history … You have produced something very special with this … What I get from it cannot be measured in any form of currency … I want to savor the incredibly warm feeling this film has given me, thank you for that gift.” – Martin Lollar, crowdfunding executive producer of the film. 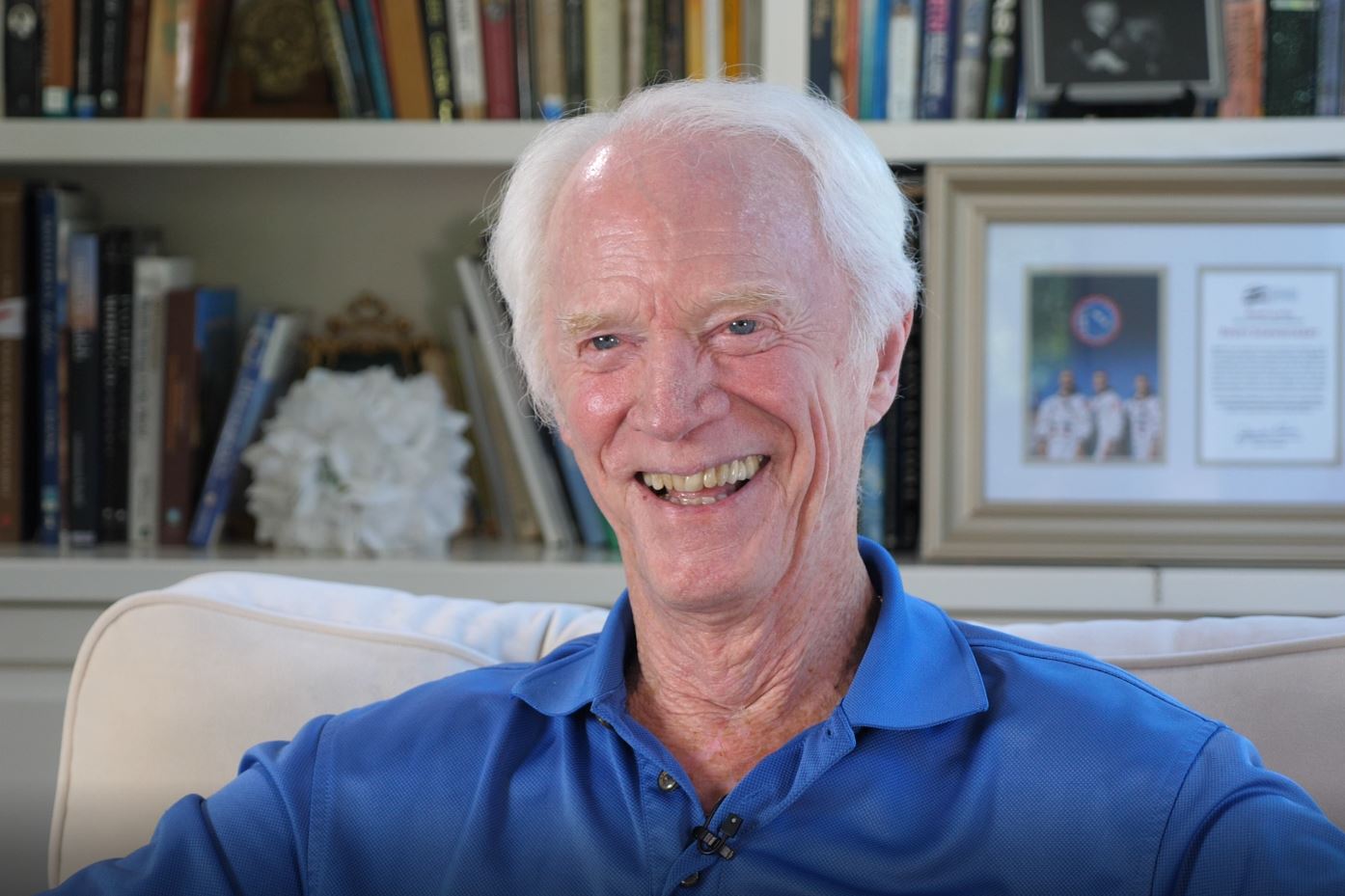 Produced in Association with

Asteroid Day, a Program of the Asteroid Foundation

Flight Through the Orion Nebula in Visible Light (NASA)

A Galaxy Grouping in 2D and 3D: Stephen’s Quintet (NASA)

Flyby of the Whirlpool Galaxy (NASA)

The entire catalog of fully corrected and restored Apollo 9 flight photography can be found at: