The first set of photographs, taken from the Lunar Module, are of the LM with an Earthrise over the lunar horizon. 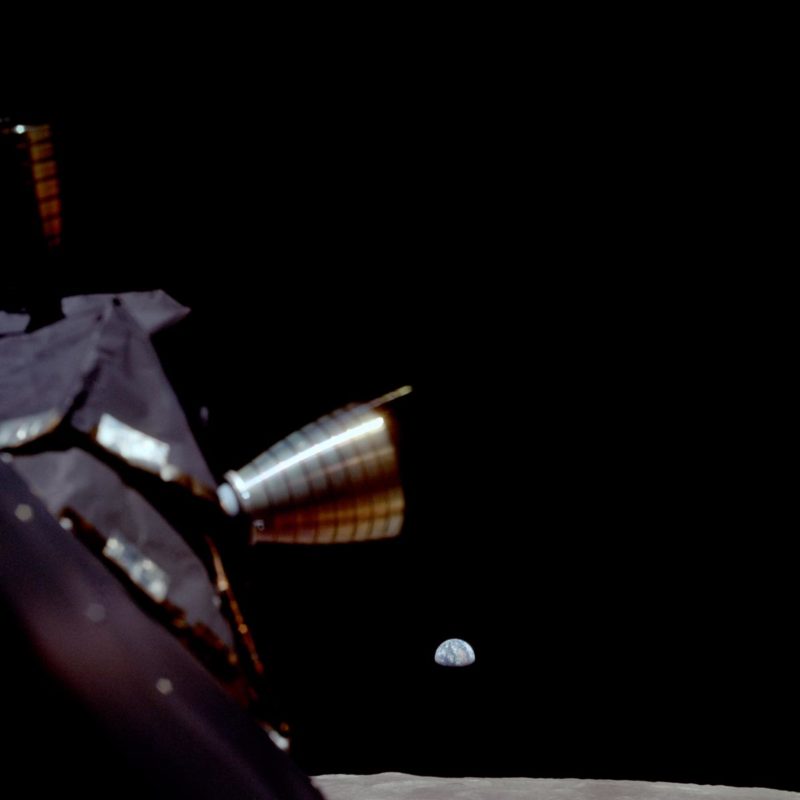 The next series of images are of the Command Module over the lunar surface as the LM pulls away before its descent to the surface. 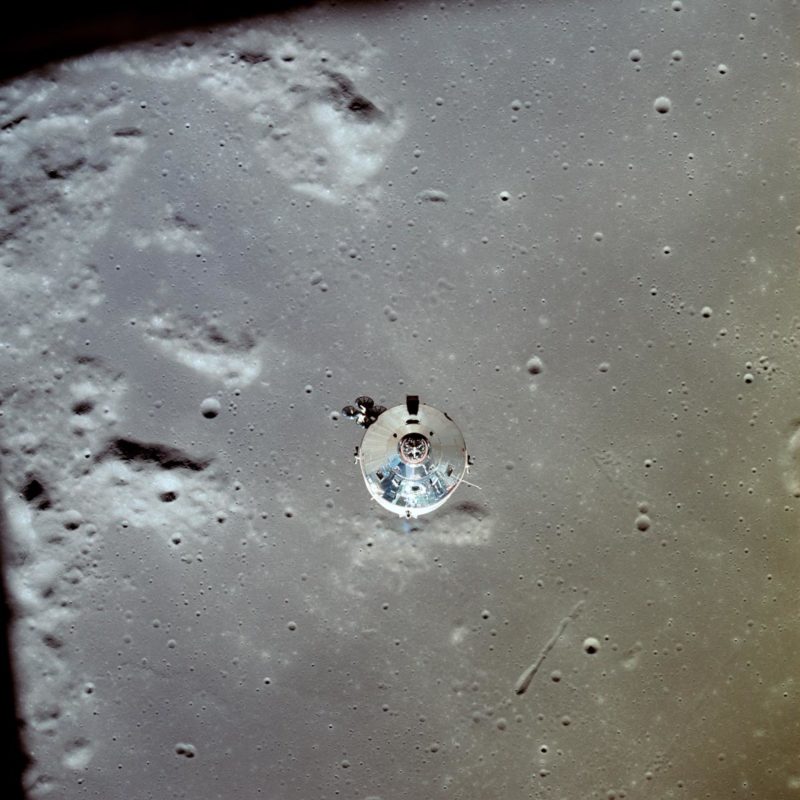 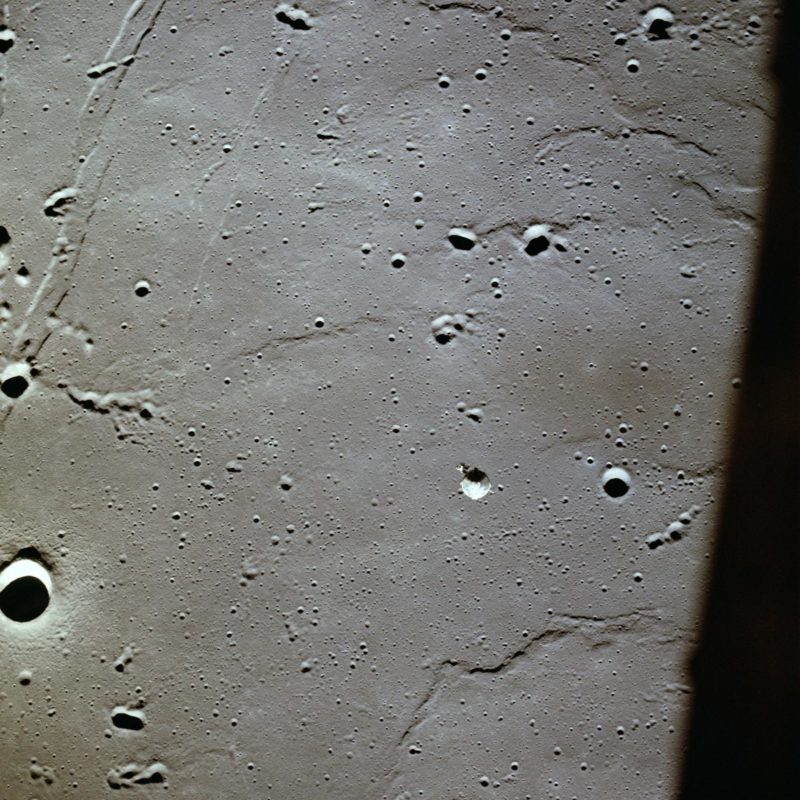 The remaining images were taken from the Lunar Module after landing on the lunar surface at Tranquility Base.  The first images are before Neil Armstrong and Buzz Aldrin stepped on the surface while it was still pristine, with later images taken following their historic first steps.  Compare the two “before” and “after” images below. 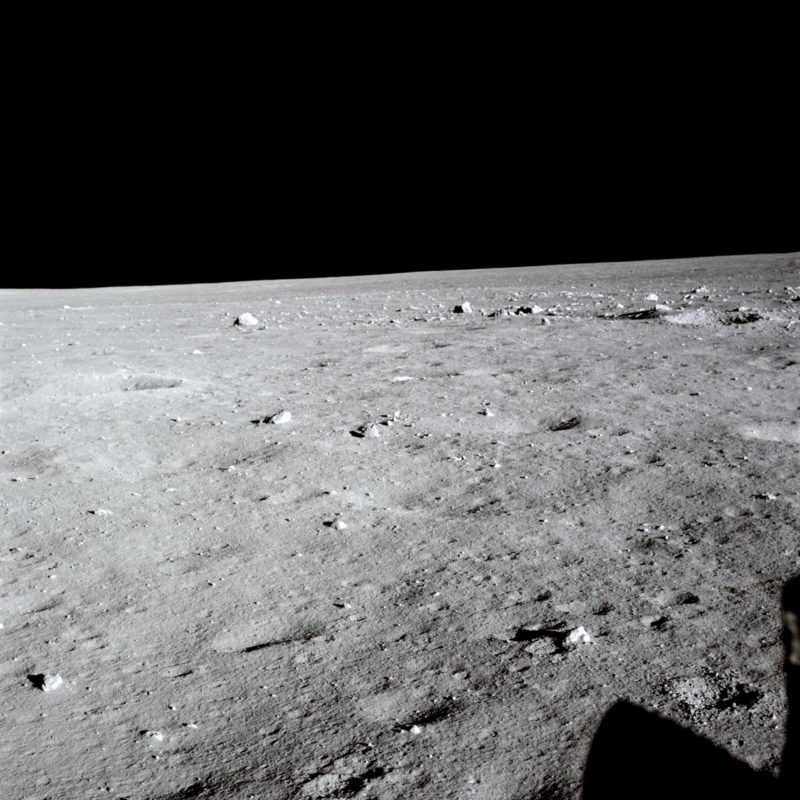 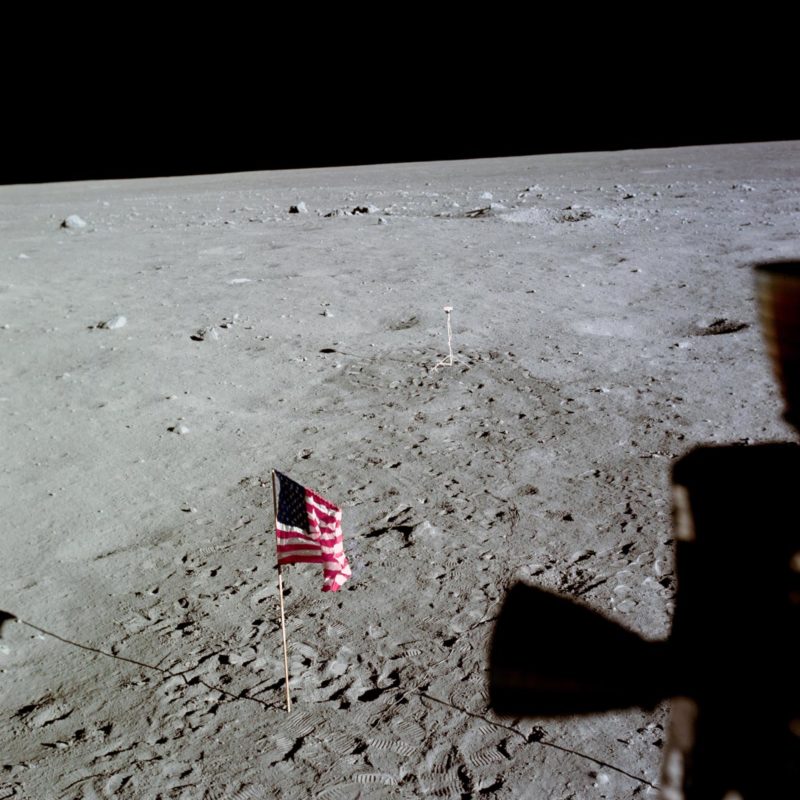 Also in this magazine are iconic images of Neil and Buzz following their historic moonwalk. Exhaustion and elation and both evident. 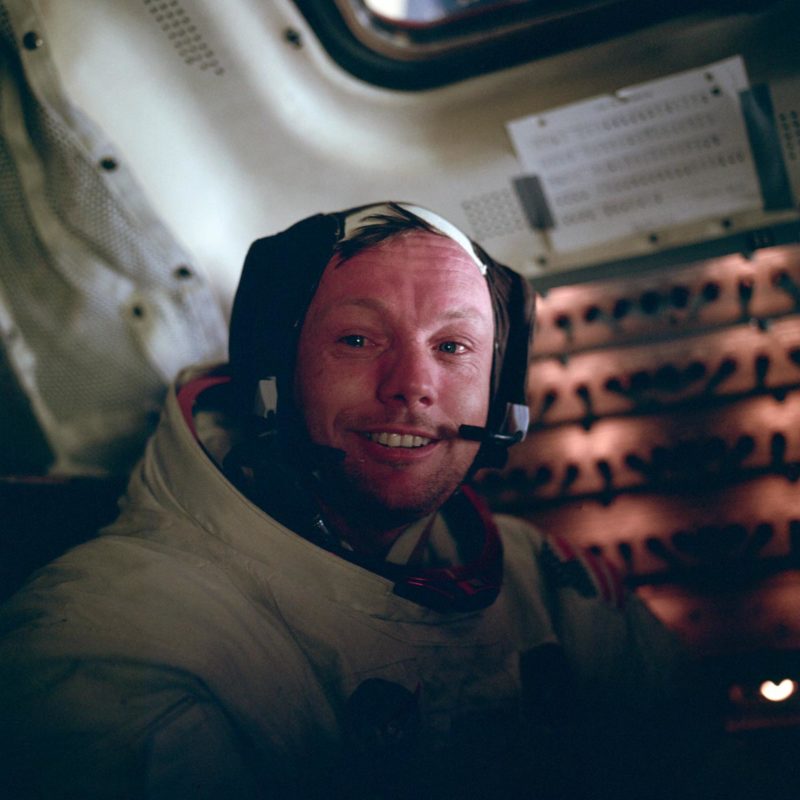 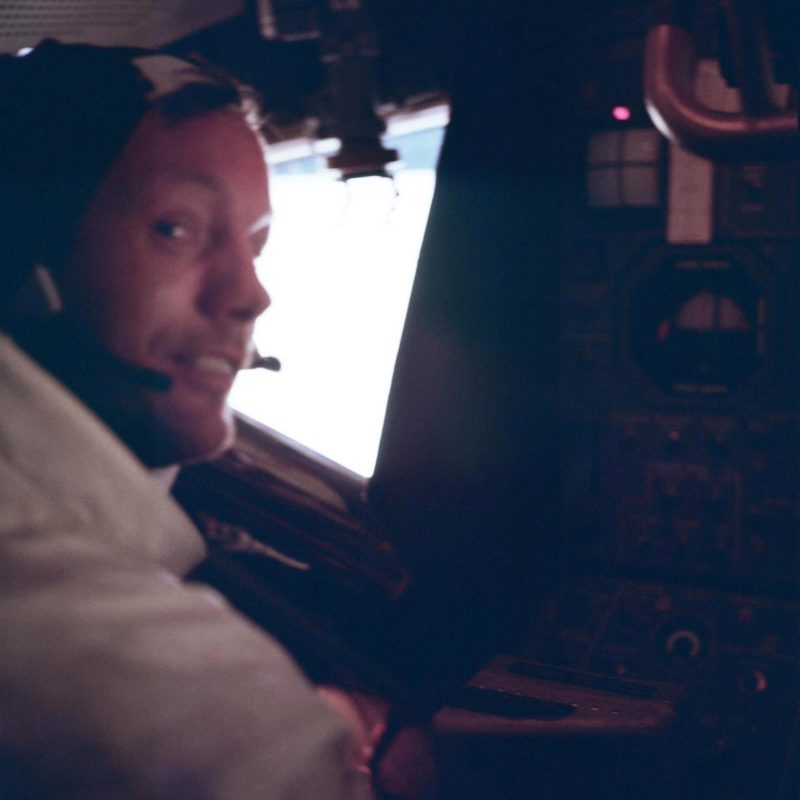 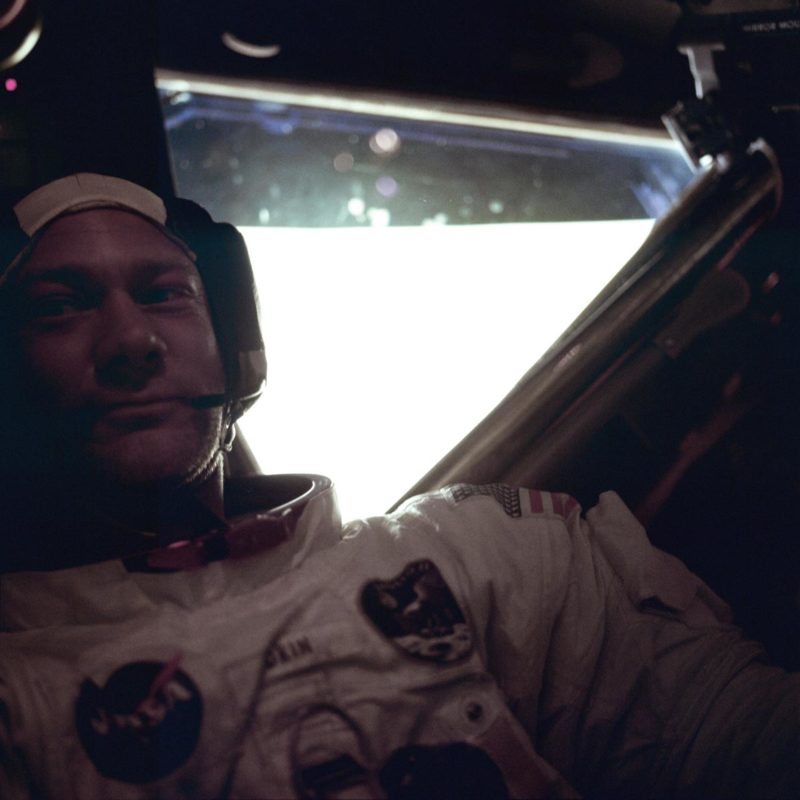 Lighting and focusing issues for the interior shots and photographing an alien surface that changed color at different sun angles through the LM windows made this magazine one of the most difficult to deal with.  There is a wide range of color variation evident from one image to another, and indeed within single images where one side of the photo skews green while the other skews red. Still, 50 years later, these images, especially the before and after images of the lunar surface and the image of Neil following the moonwalk, are enduring testaments to this historic human endeavor.