For the 10 days leading to the 50th anniversary of humanity’s first steps on another world, Apollospace will feature a different Apollo 11 photo magazine and highlight the most significant, iconic, and enduring images from the Apollo 11 mission and in the history of photography.  Apollo 11 Magazine 40/S contains 129 color images, NASA #s AS11-40-5844 to AS11-40-5970. This Magazine contains perhaps the most iconic images of the entire Apollo Program, and indeed in the entire history of photography. The entire Magazine, with the exception of the first three images taken from lunar orbit, consists of images taken on the lunar surface at Tranquility Base including numerous shots of astronauts, the LM, experiment packages, and pans of the lunar surface.

Armstrong photographed a panorama of the landing site when he was on the lunar surface alone. 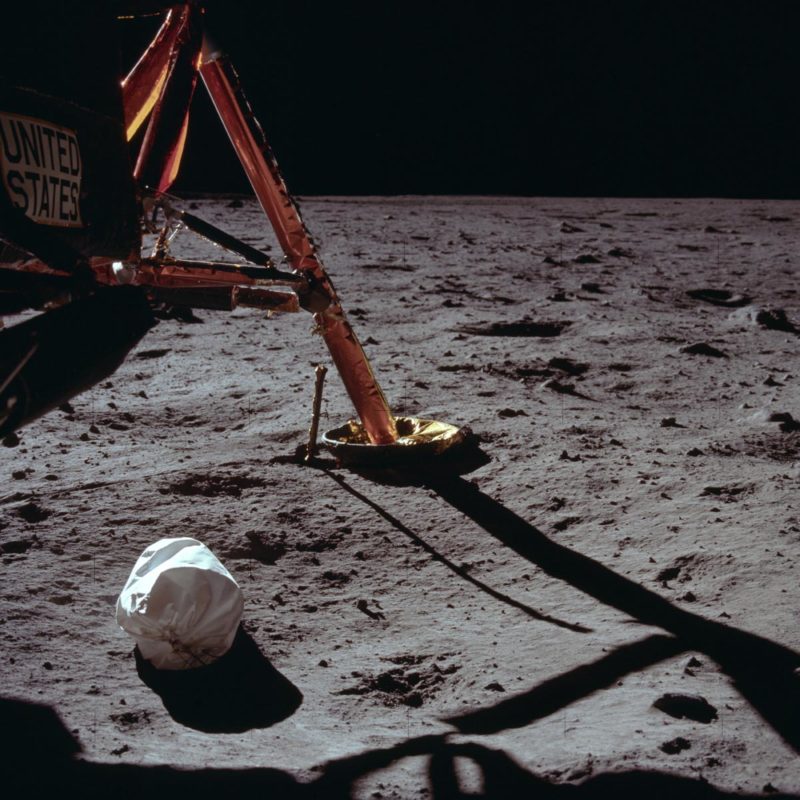 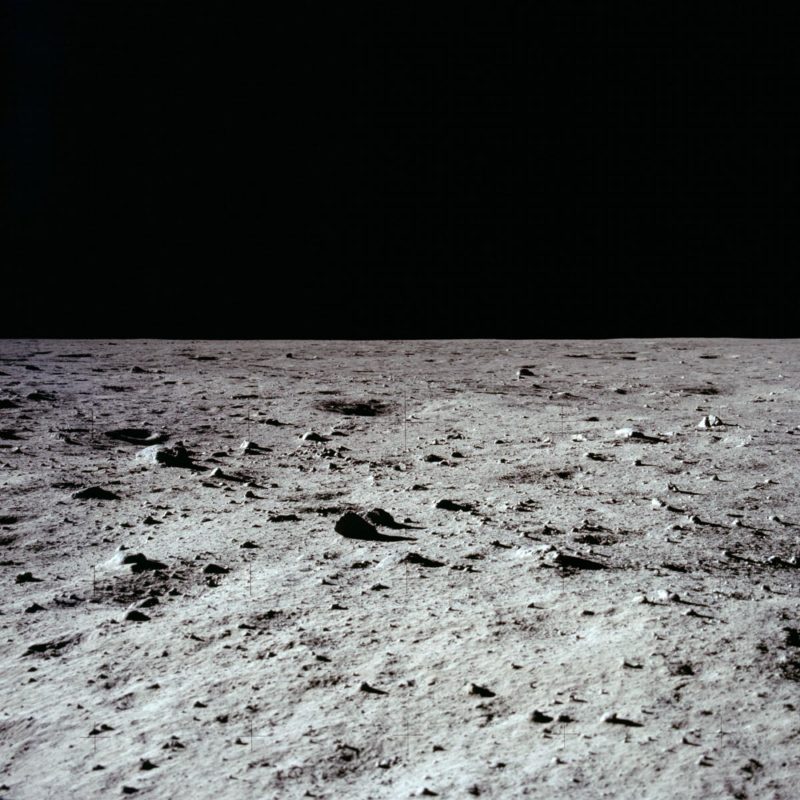 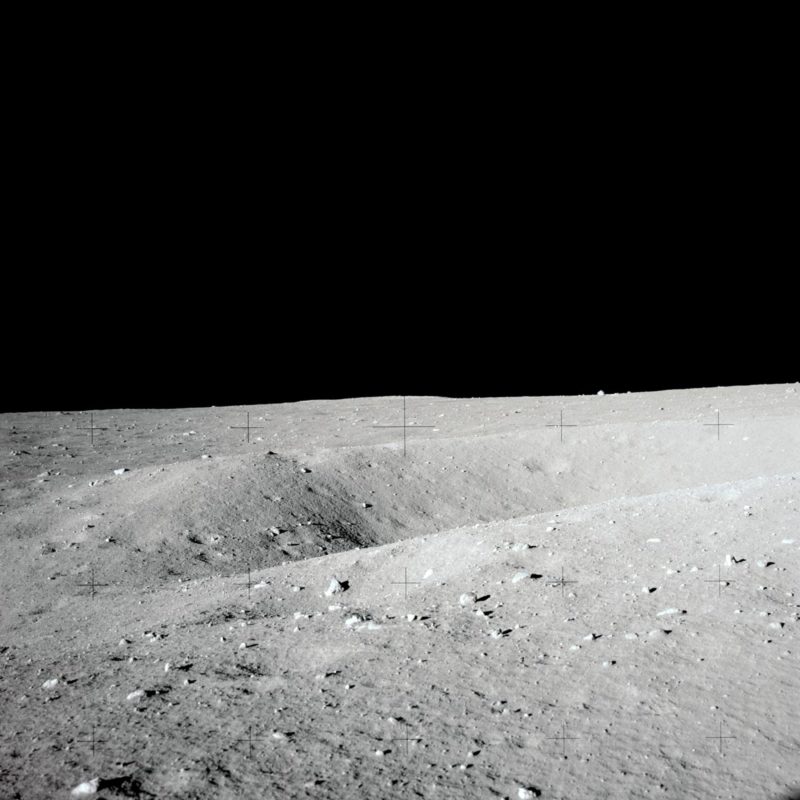 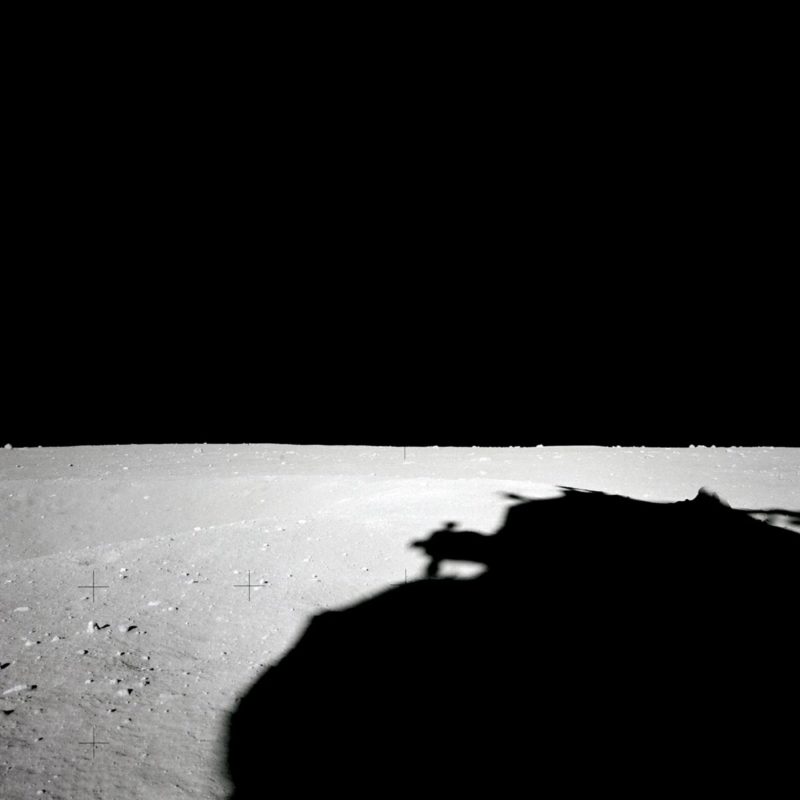 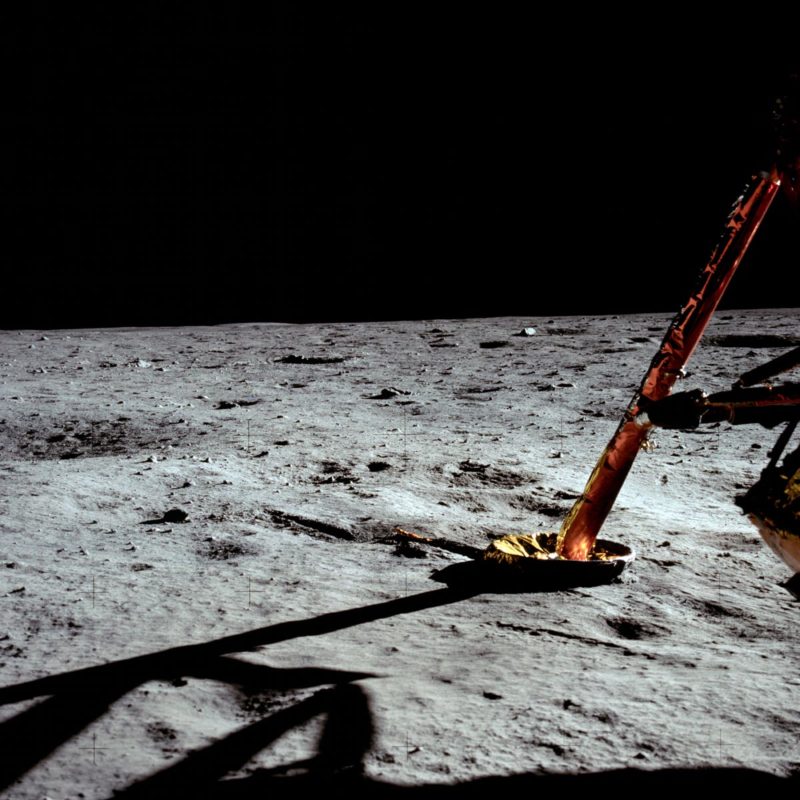 Then Aldrin exited the LM and descended the ladder. 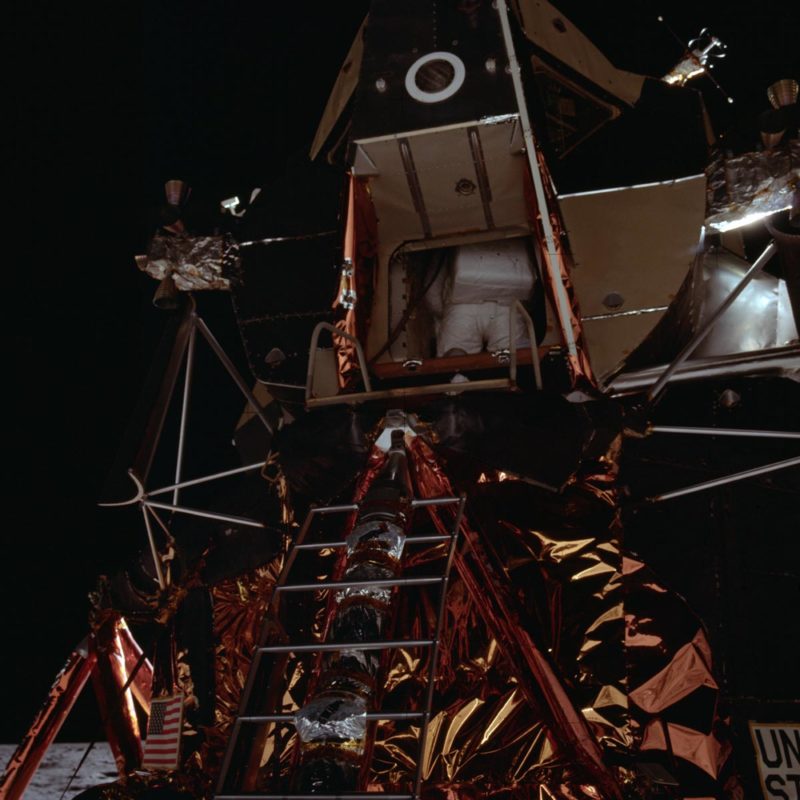 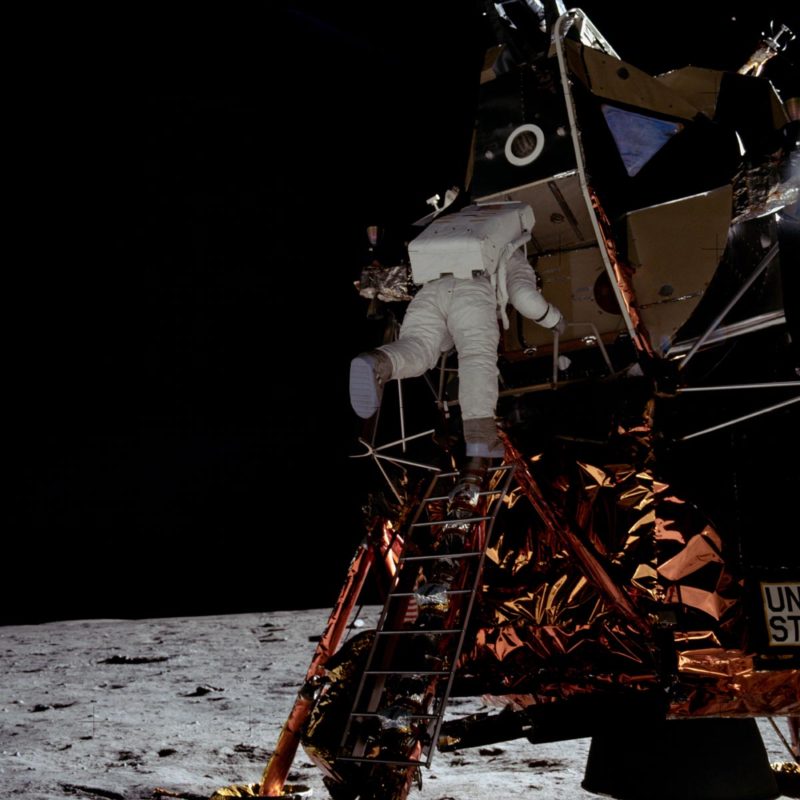 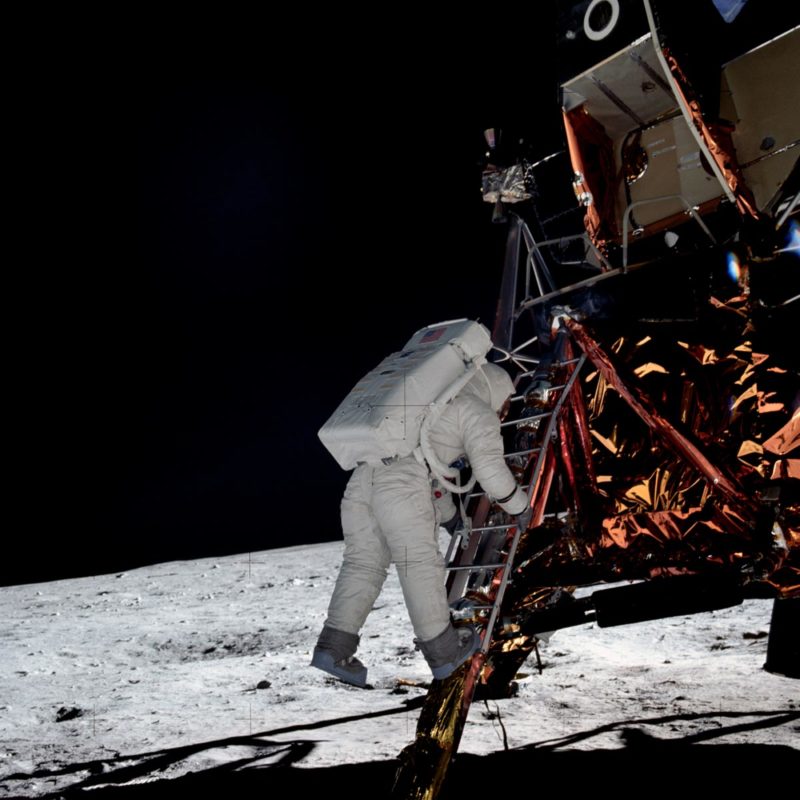 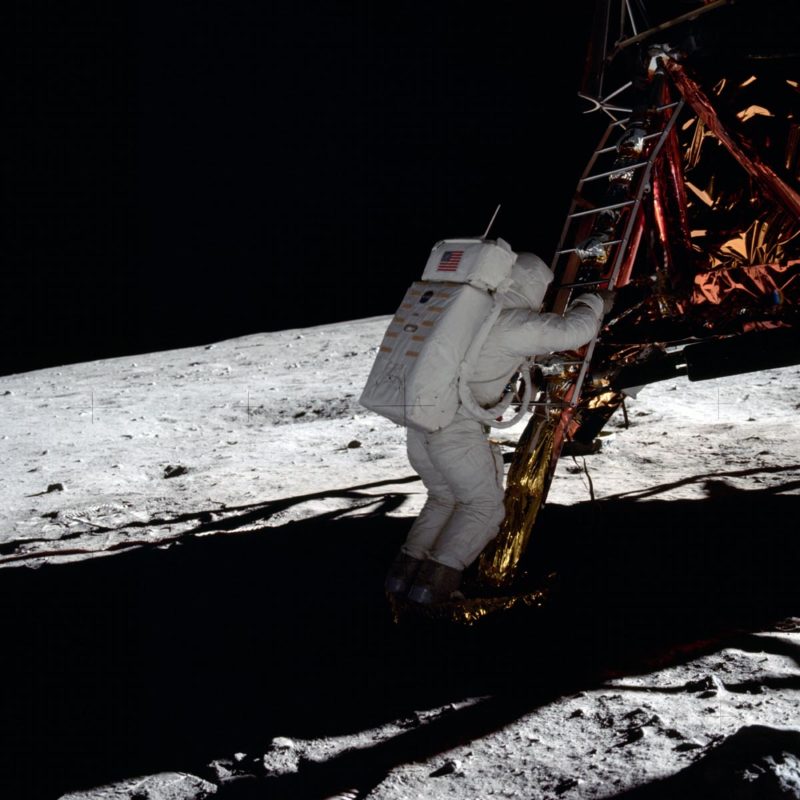 The crew set up experiments and saluted the US flag. 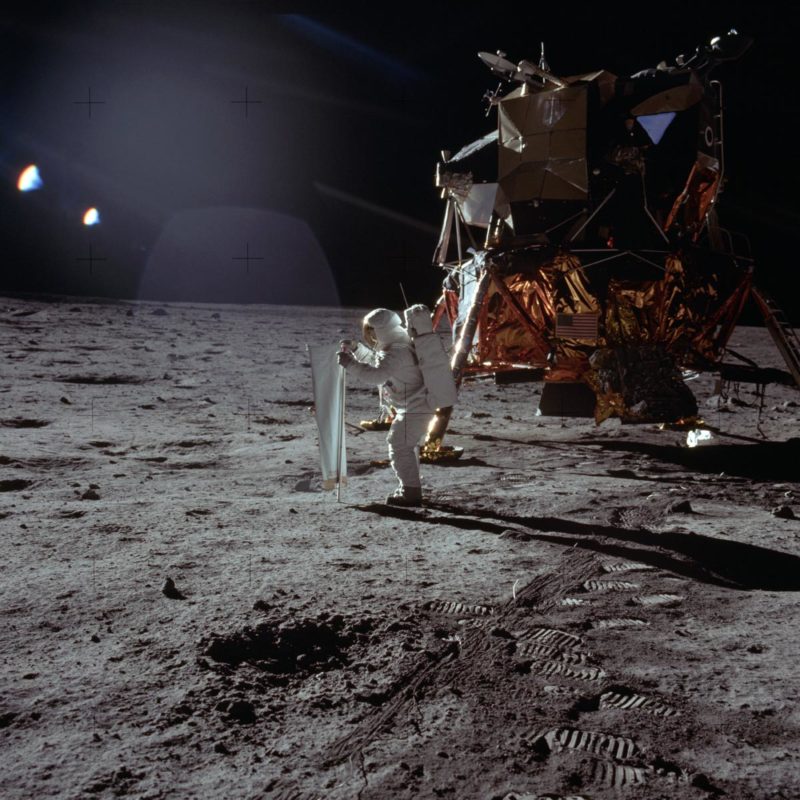 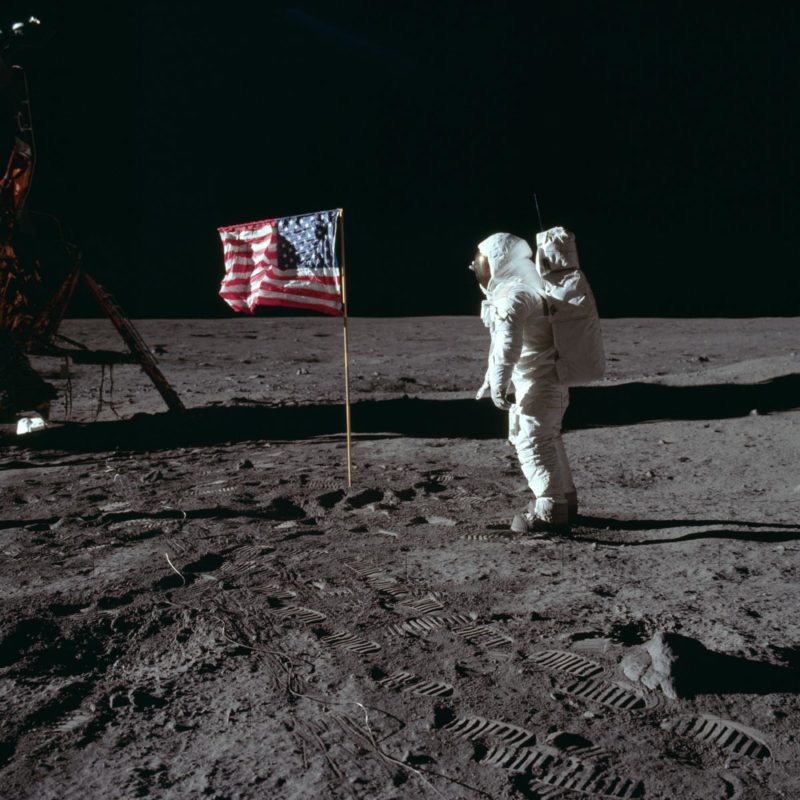 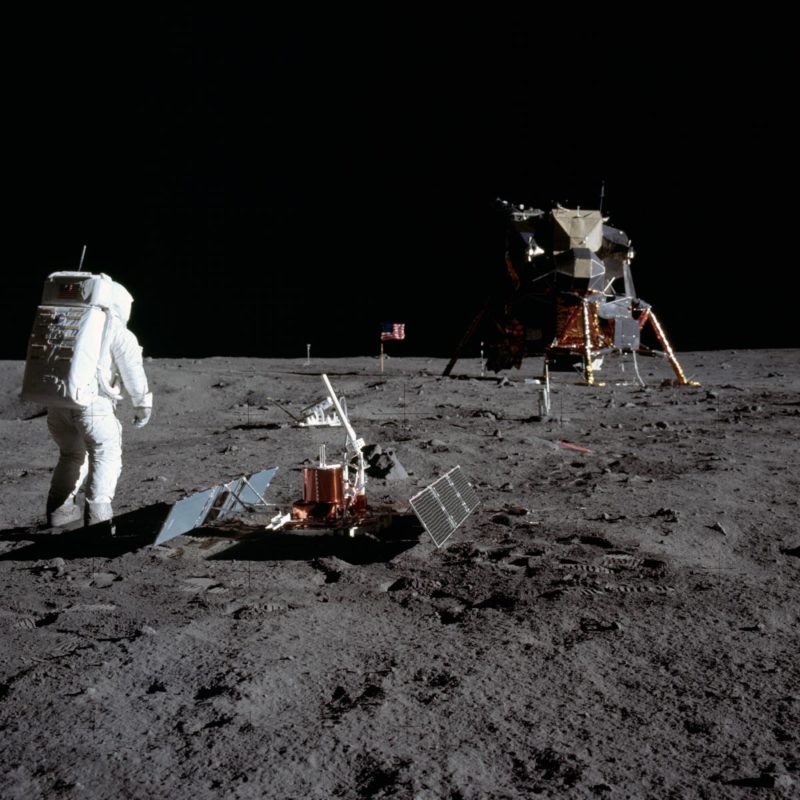 Armstrong took this iconic image with himself reflected in the visor. 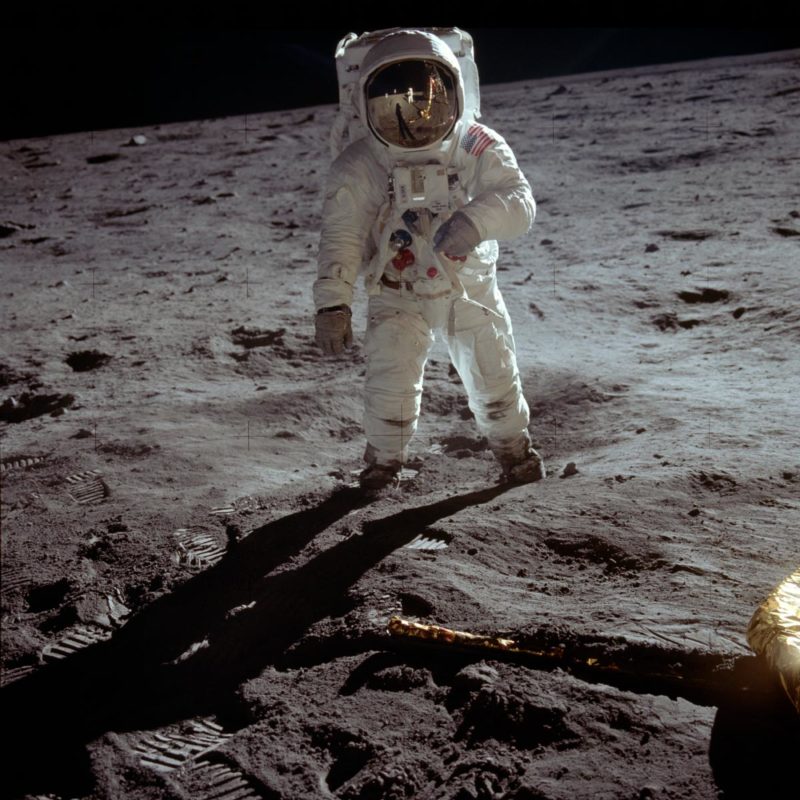 Aldrin took this iconic image of a footprint – not the first or even Neil’s, but it’s representative of the efforts of 400,000 people who made those footsteps possible, and the dreams of all humankind. 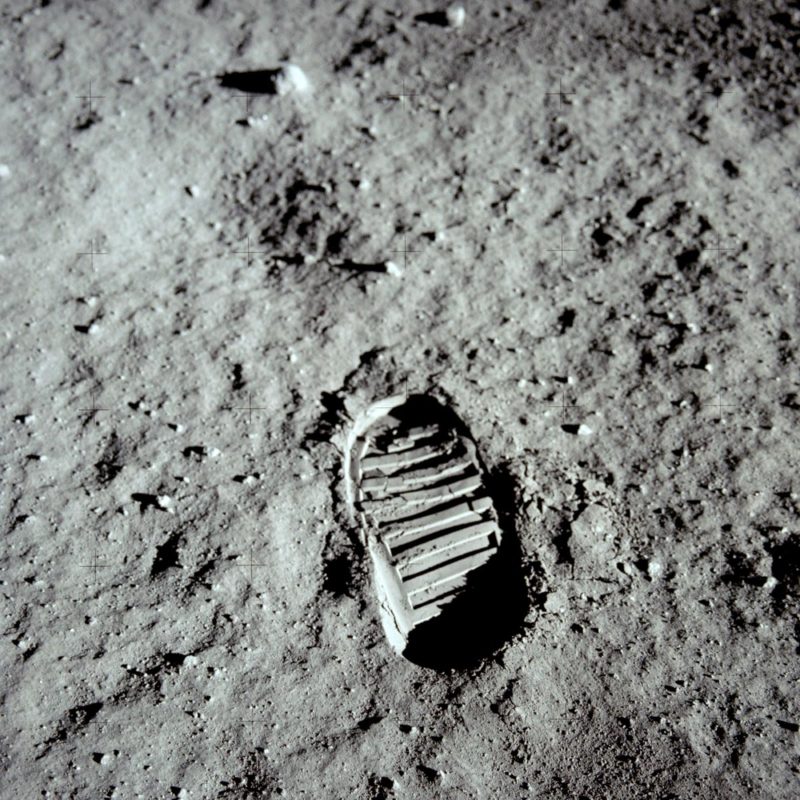 There are very few photographs of Armstrong on the historic spacewalk. Armstrong working at the LM… 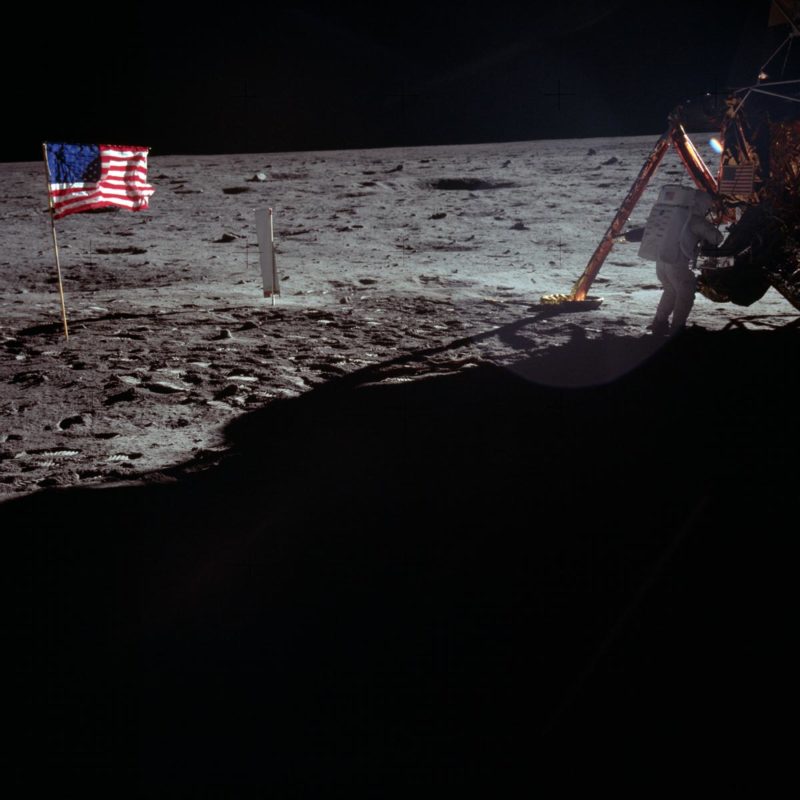 Armstrong at the LM from another angle in very underexposed image (see lower left corner). 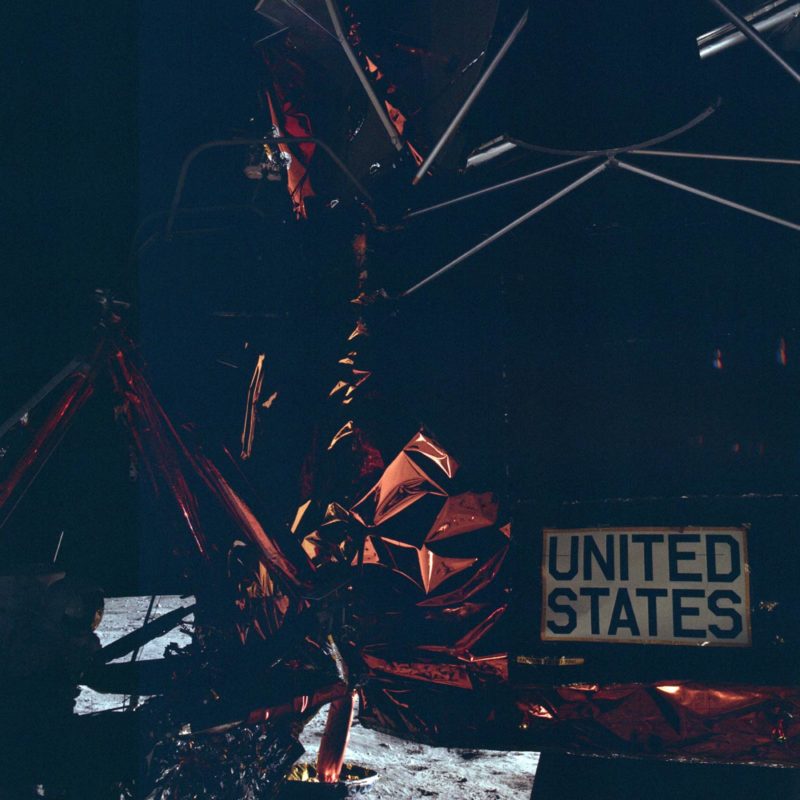 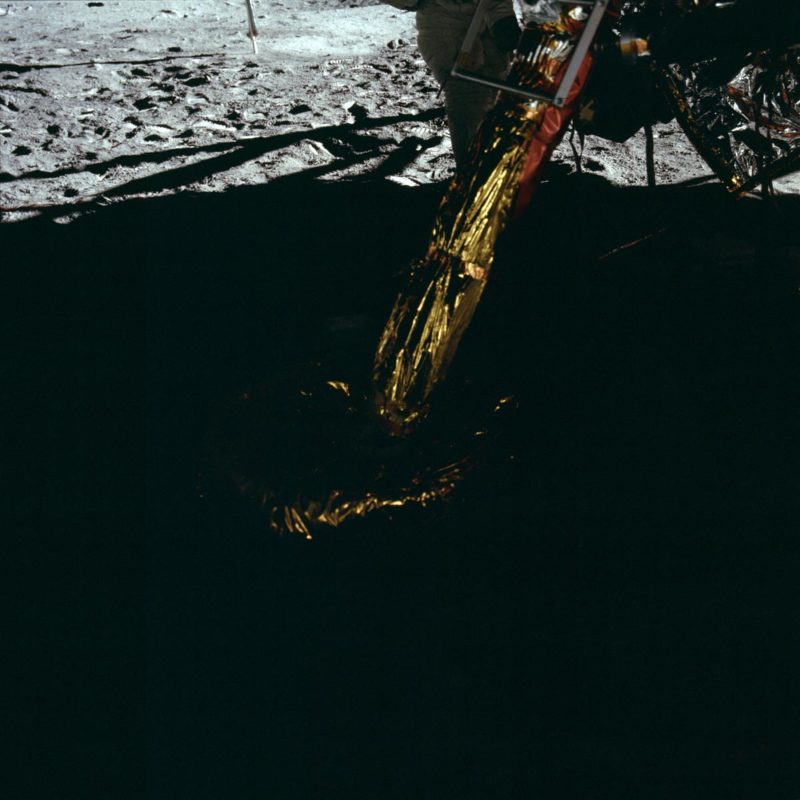 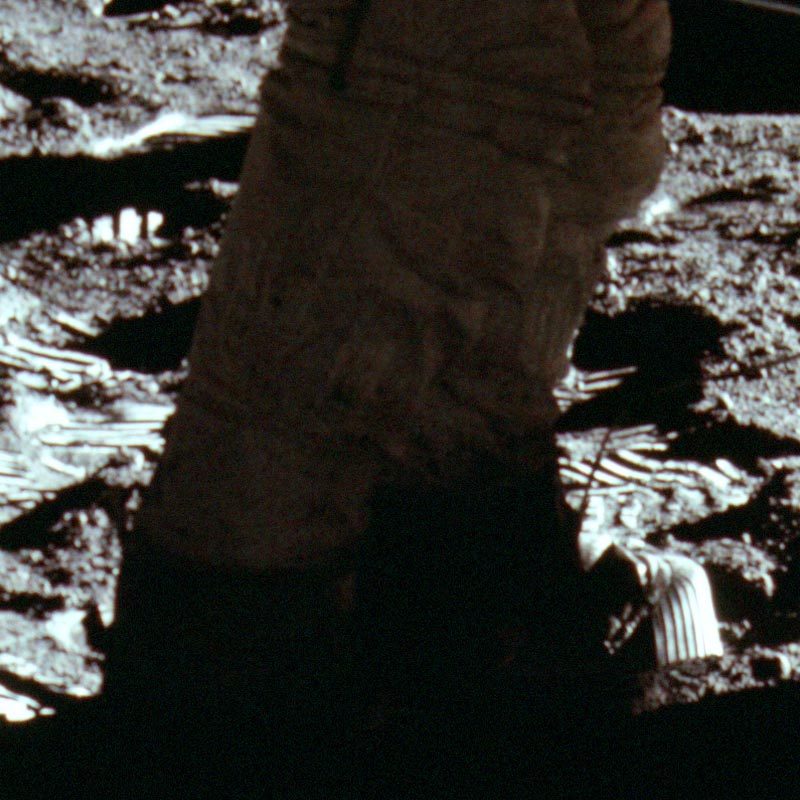 And Armstrong’s back to the camera near the Solar Wind Experiment. 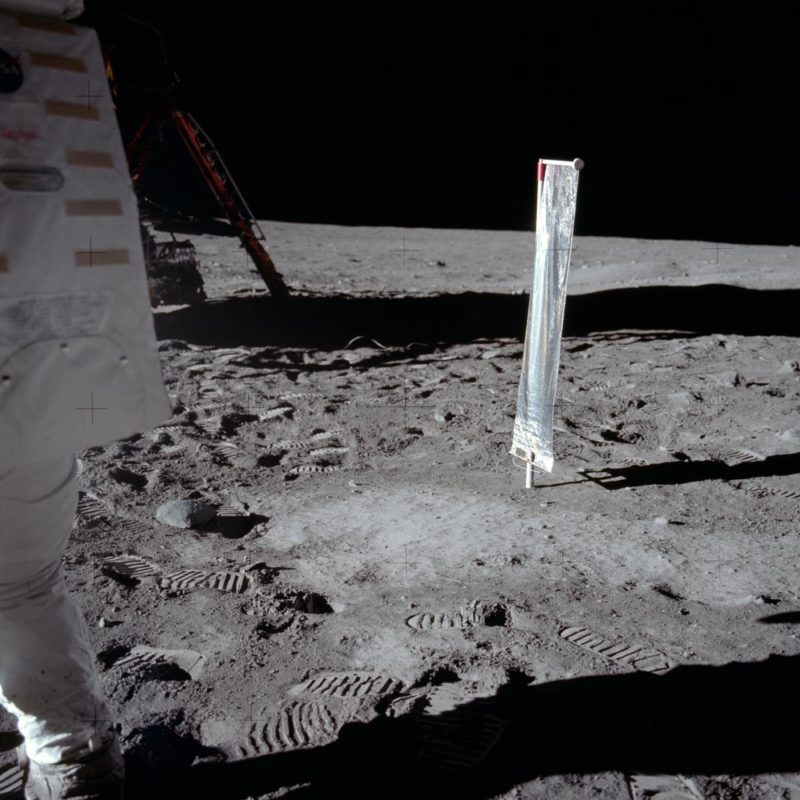 Armstrong took those historic small steps on behalf of all of us.  First the first time in history, human beings walked on another world, and looked back on our own. 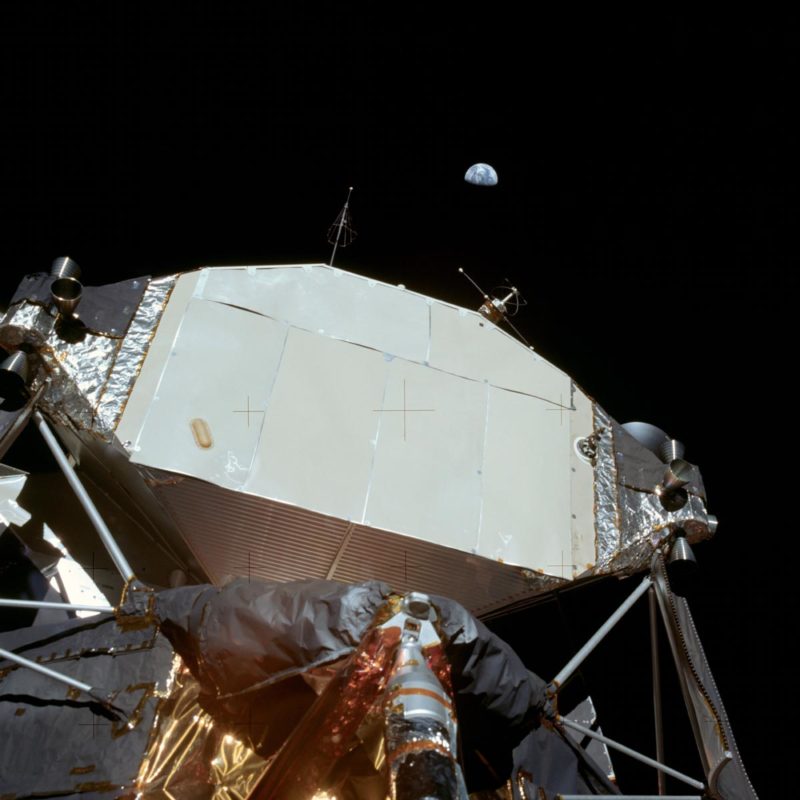 They only traveled about 100 meters from the Lunar Module. 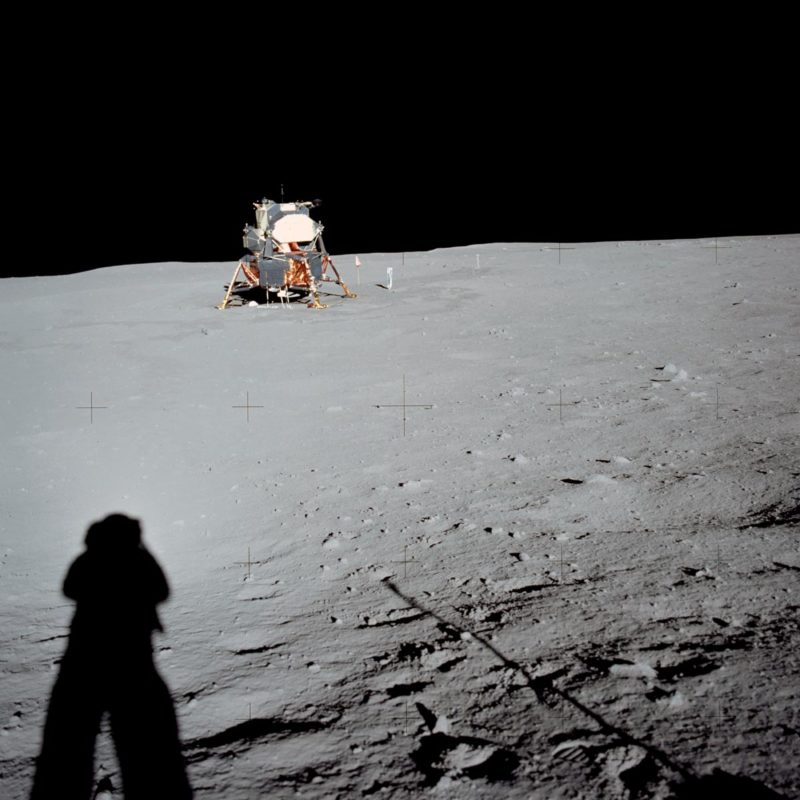 But they had traveled there in peace and for all mankind. 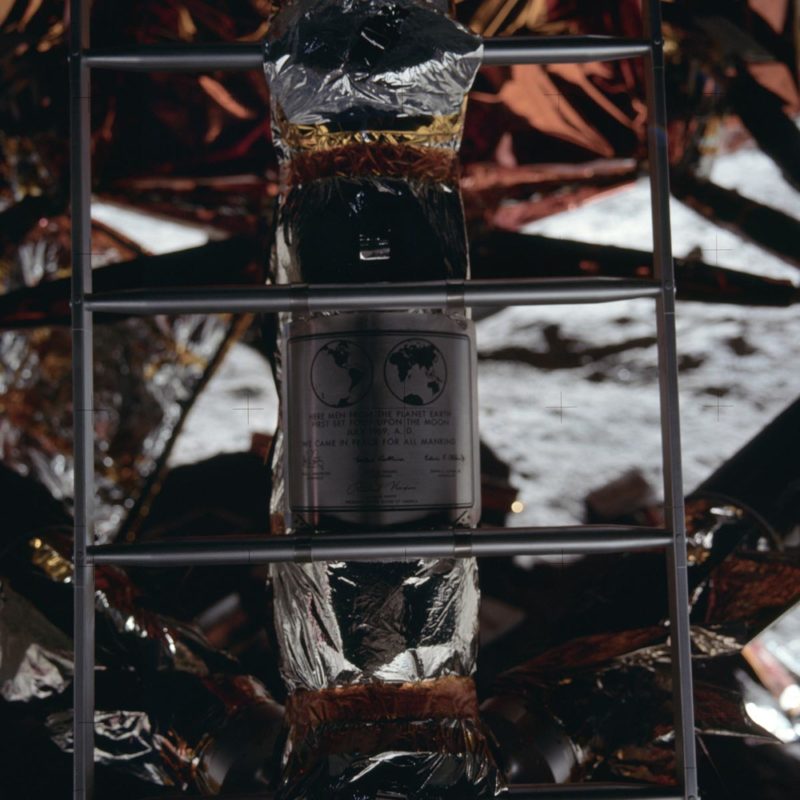