Apollospace® proudly presents the most comprehensive collection of fully restored and enhanced Apollo 8 flight images at the highest quality and resolution available!

Apollo 8, the second manned Apollo mission and the first to venture to the moon, celebrates its 50th Anniversary December 21-27, 2018.

866 high resolution flight images from the historic Apollo 8 Mission – every image photographed by astronauts during this historic mission! 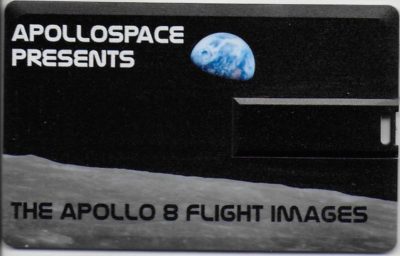 This special commemorative Apollo 8 50th Anniversary USB flash drive contains the complete catalog of every photograph taken by the Apollo 8 astronauts during this historic mission  – fully restored and enhanced at the highest quality and resolution available! 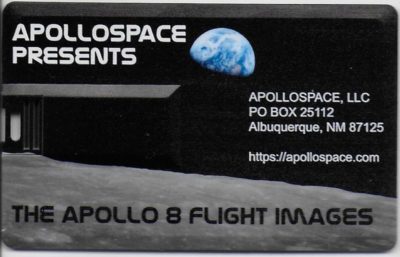 At 5200 pixels, the Apollo 8 flight images on this USB are up to 70% larger than partially restored and corrected counterparts available online and on other commercially available media, which generally measure only up to 3000 pixels each, are only a few megabytes in size (if that), and have not been fully restored, corrected and cleaned.

Each and every image on The Apollo 8 Flight Images USB has been painstakingly cropped and corrected for color, tone, and contrast and cleaned of blemishes including dust, hairs, scan lines, emulsion spots, streaks, scratches, stray reflections, and other flaws.

It is common for images to require as many as several hundred separate corrective actions (even thousands!) to achieve the fully restored, corrected, and enhanced versions available on this USB.  It is impossible to overstate the quality and beauty of these photographs – the most pristine they’ve appeared since they were originally taken 50 years ago.

The raw images used in creating the images found on The Apollo 8 Flight Images USB were acquired from ASU.  Unfortunately, until today, the majority of these scanned images have not been available anywhere as completely restored, corrected, and enhanced high resolution images.  What there is, are collections of images in raw, unprocessed form, or partially or marginally processed images that fail to fully showcase these images as they truly deserve to be seen.

Below are some samples from one image, AS08-13-2294.  The first image  is available on Apollo related NASA websites: 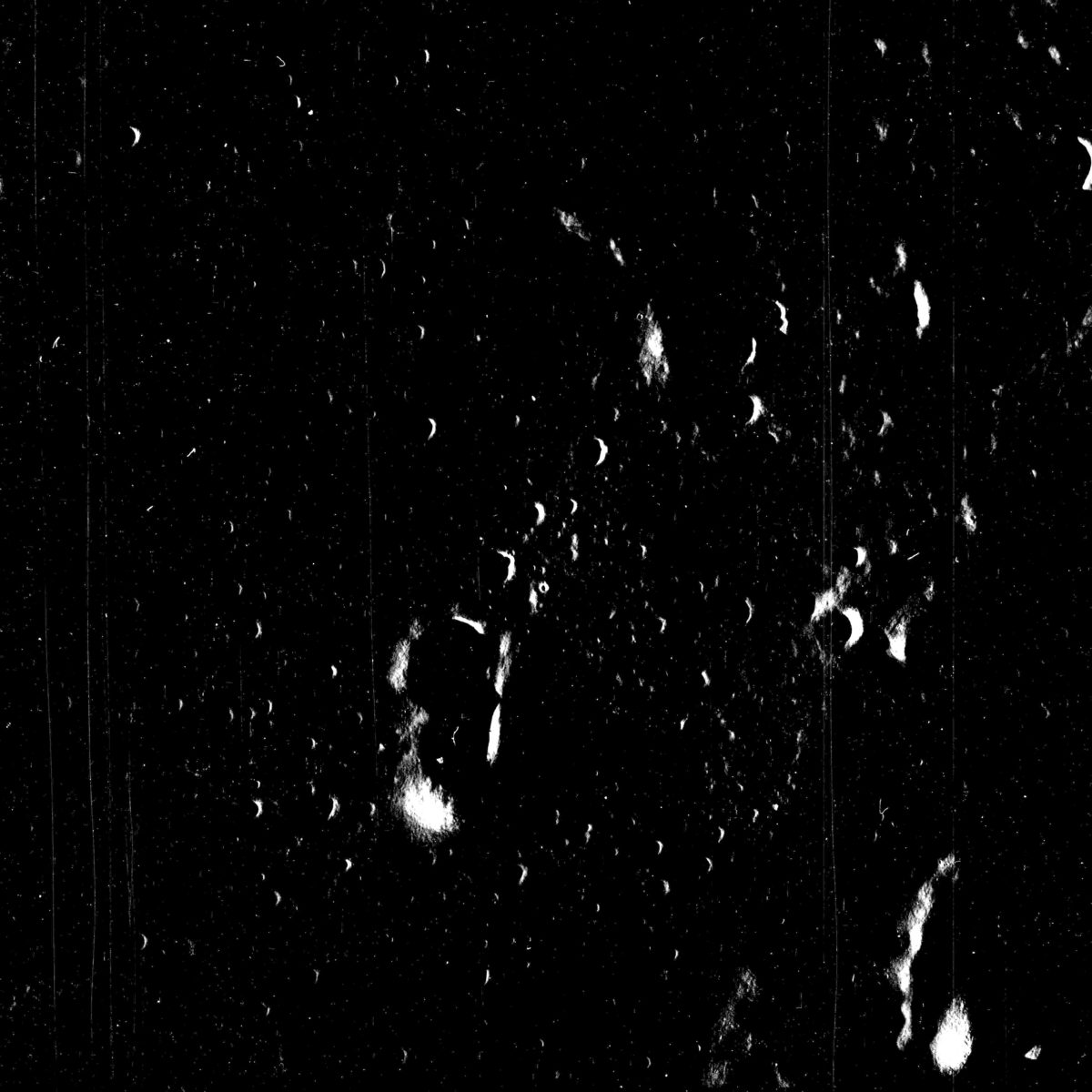 The next image is the fully restored and corrected version by Apollospace: 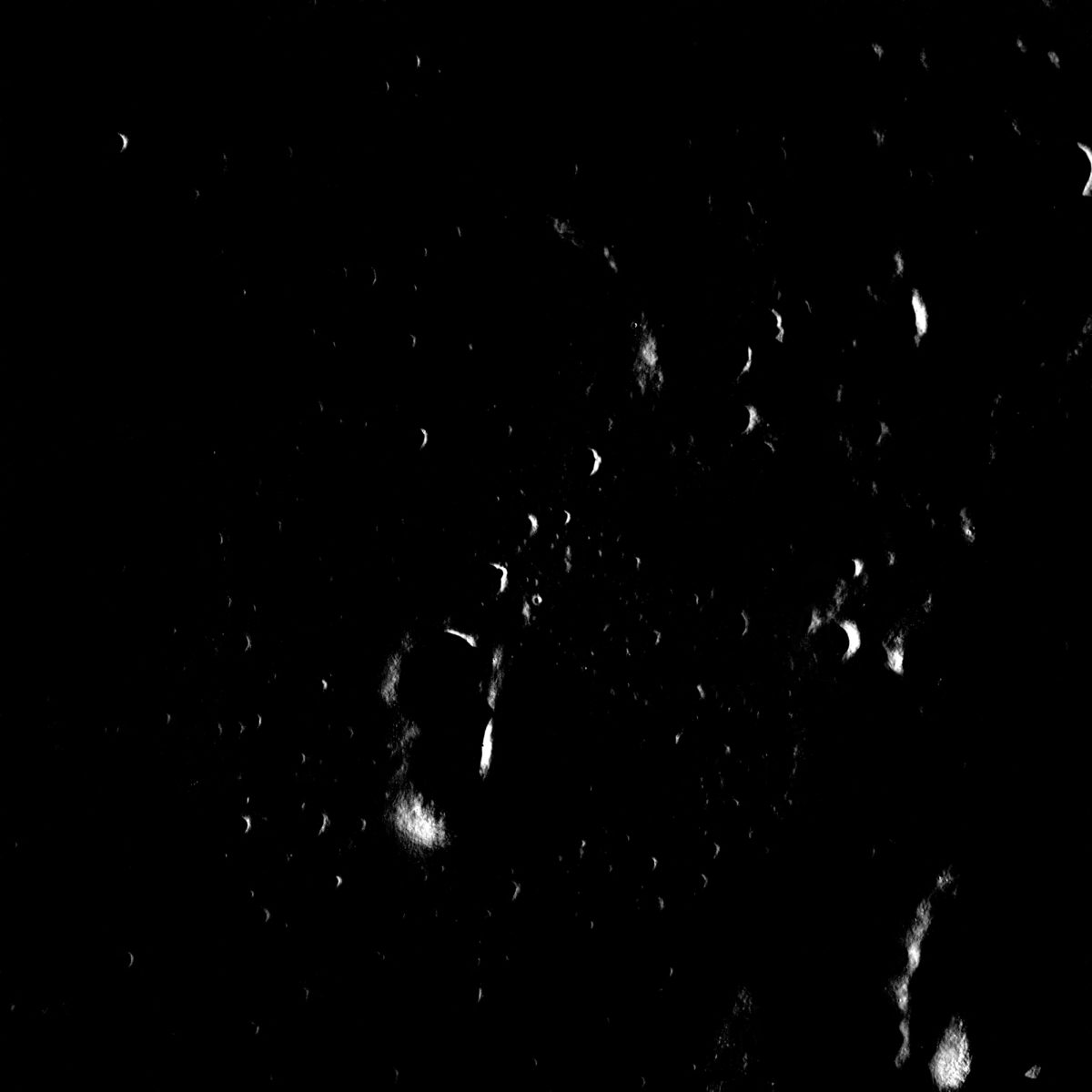 Here is the image with a detailed close-up before and after restoration work, taken from the upper right corner section as shown: 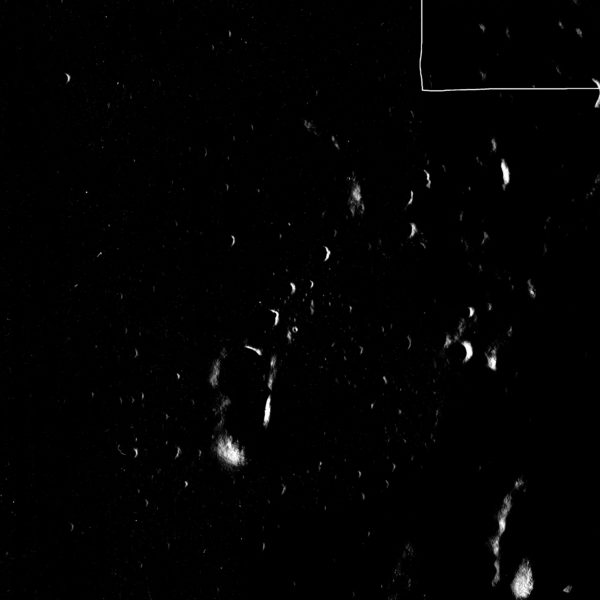 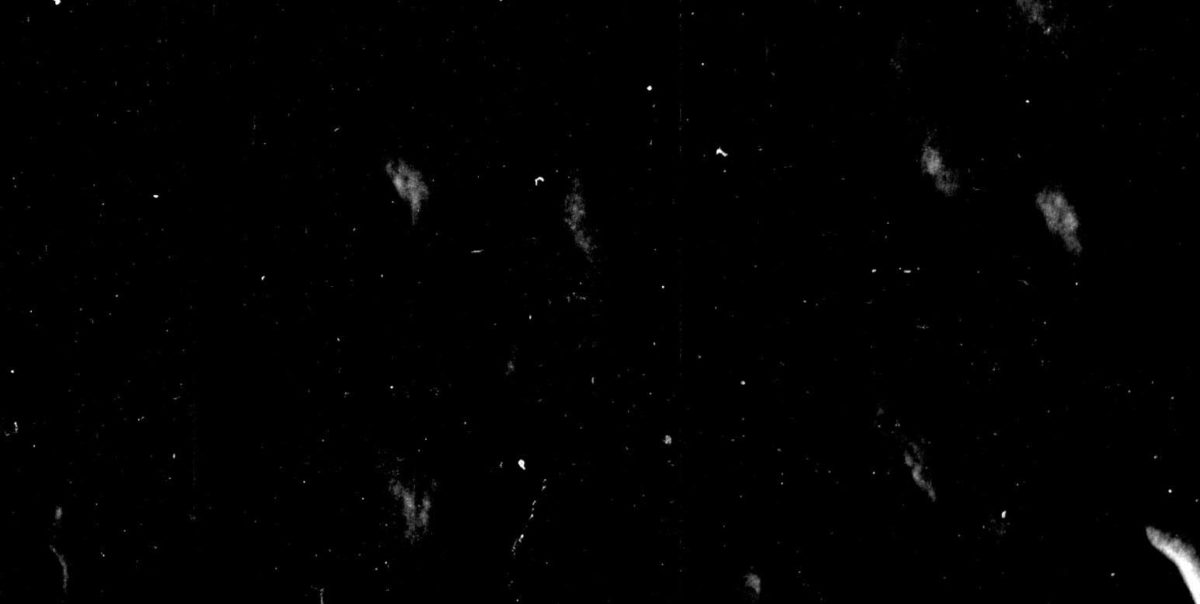 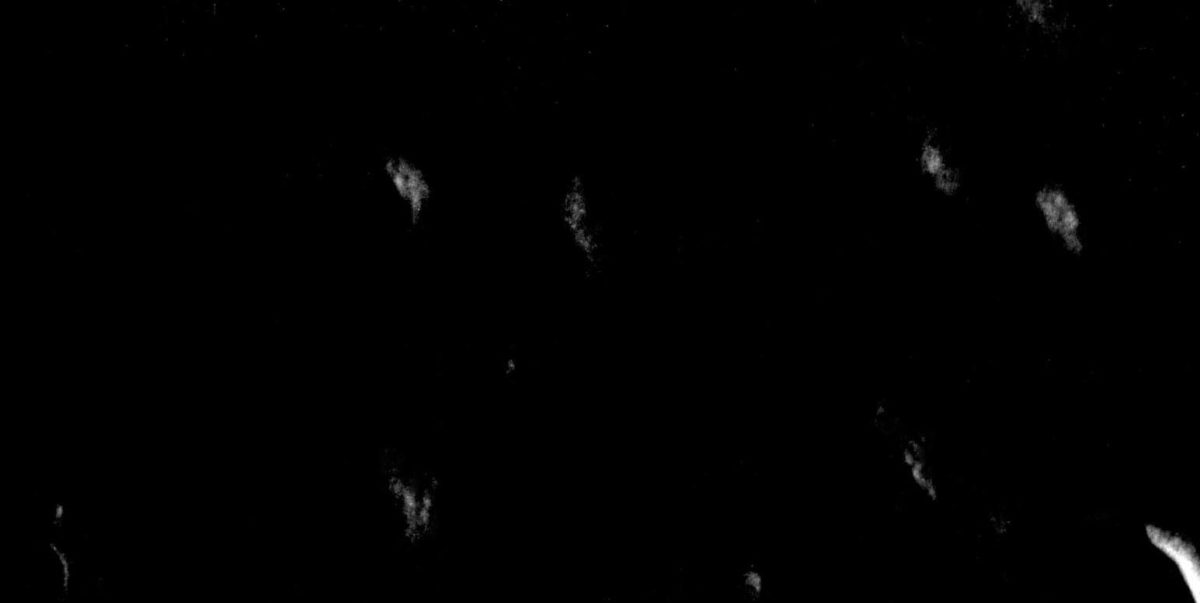 Literally hundreds, even thousands, of corrections were made on some of these images.  The best versions of this same image available on various NASA related website and the National Archives measure 4400 x 4600 and have not been fully corrected of flaws and defects.  Apollospace’s Apollo 8 images are 5200 x 5200 pixels and have been fully corrected and restored.  Simply, stated, years of effort have gone into preparing these images for the 50th anniversaries of the Apollo missions and you will not find a better or more collection of Apollo images anywhere.

so, why settle for an image that looks like this: 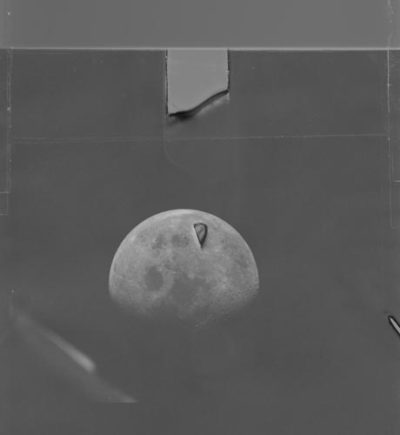 when you can have one that looks like this: 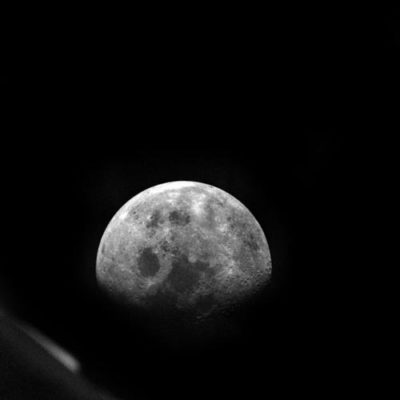 Below is a selection of some of our favorite Apollo 8 photographs: 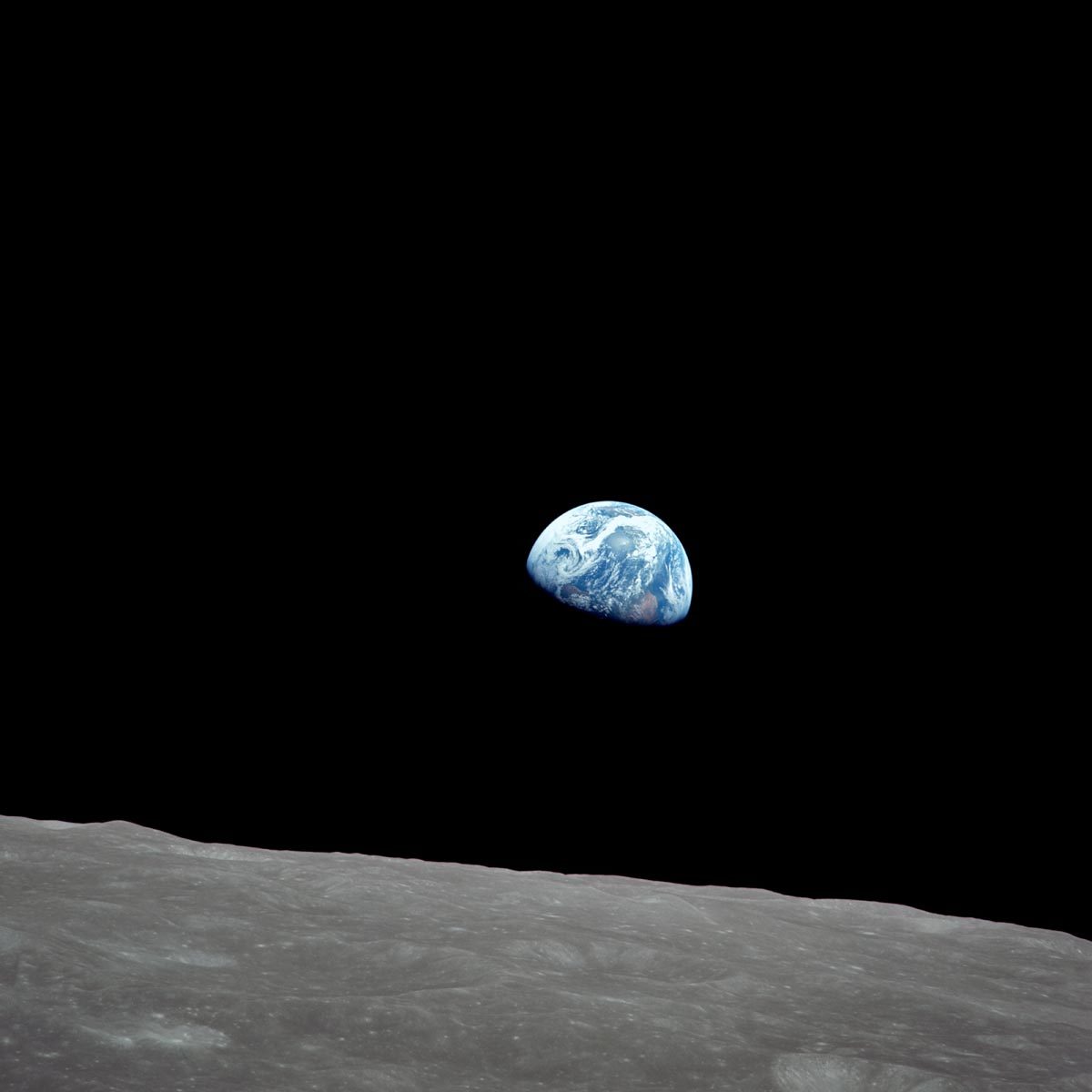 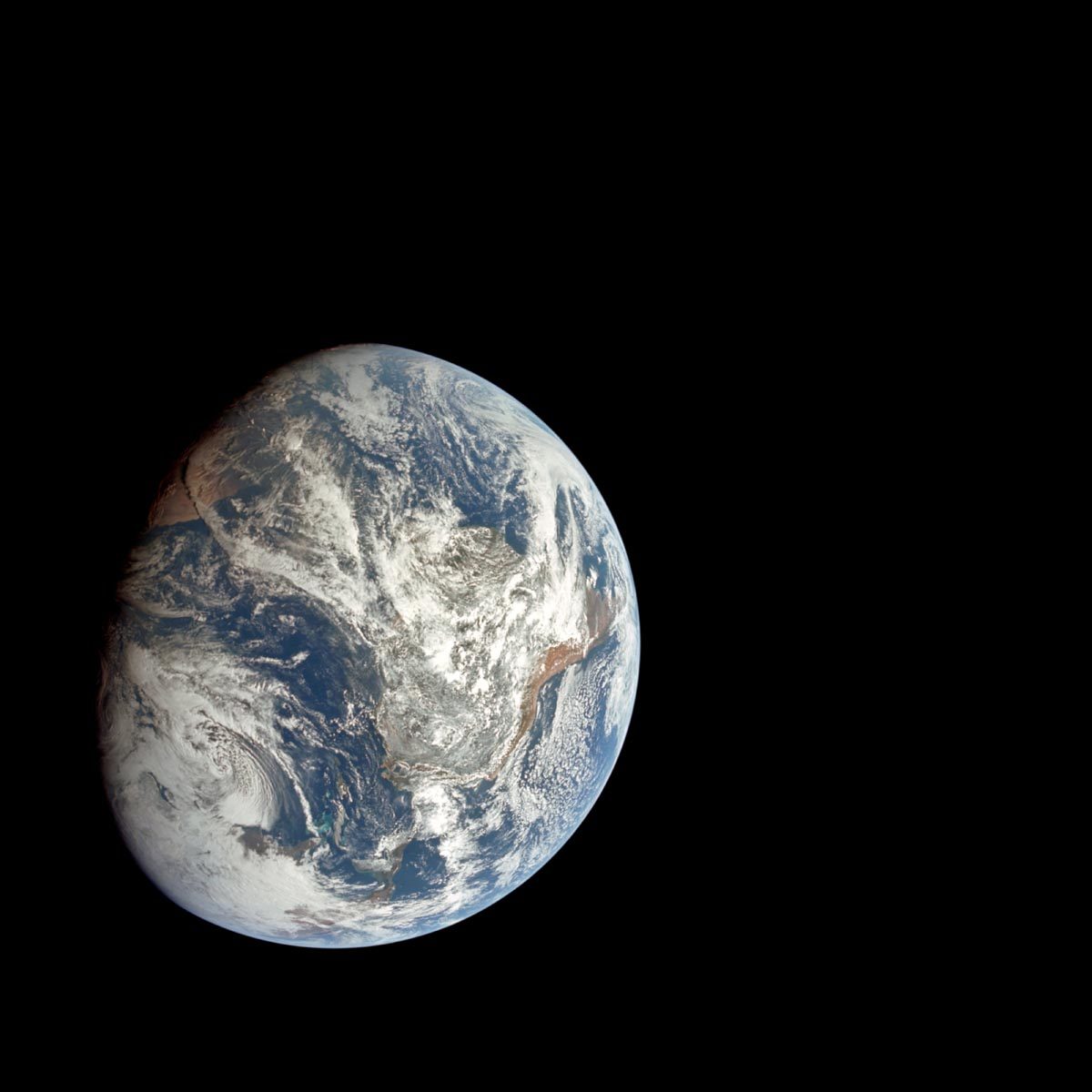 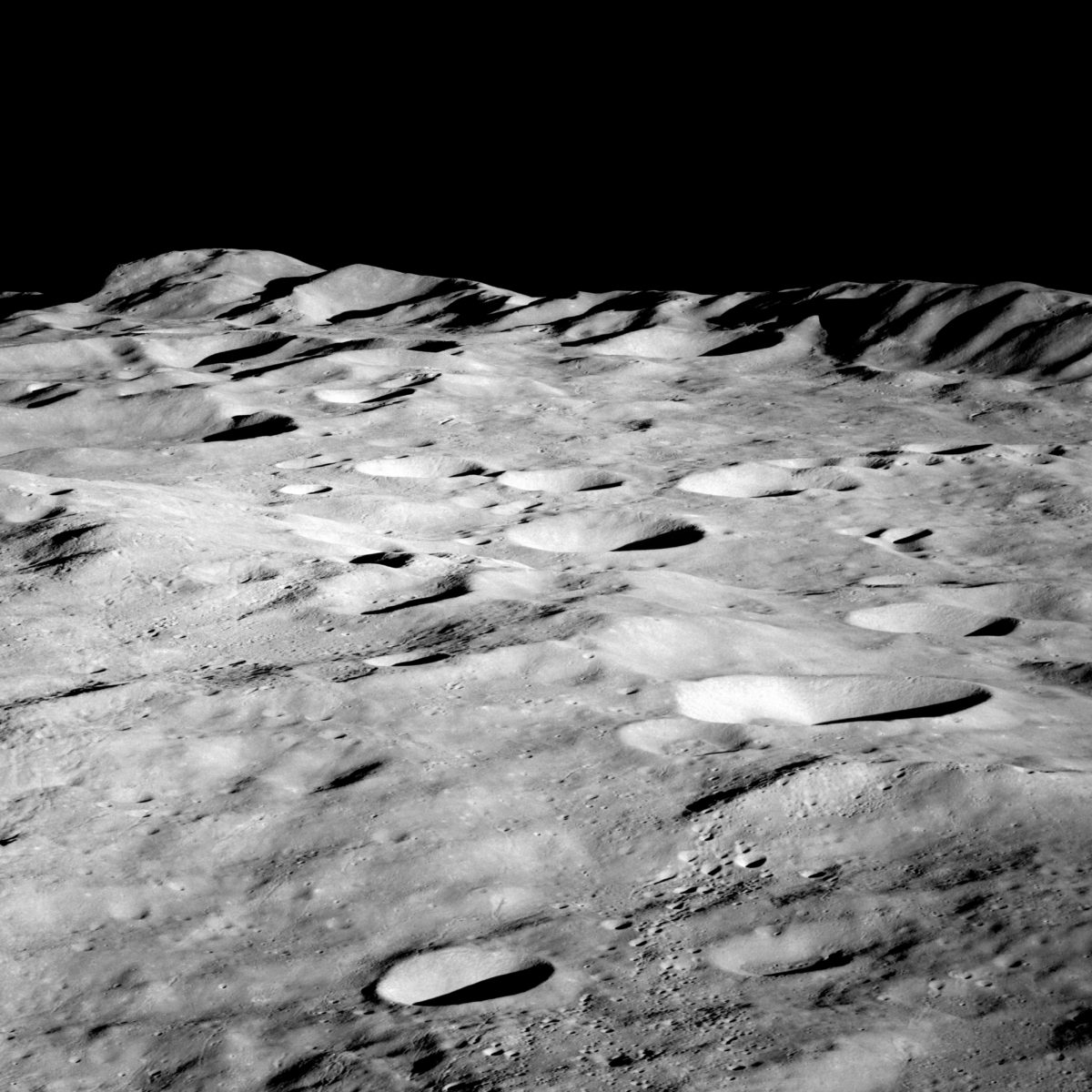 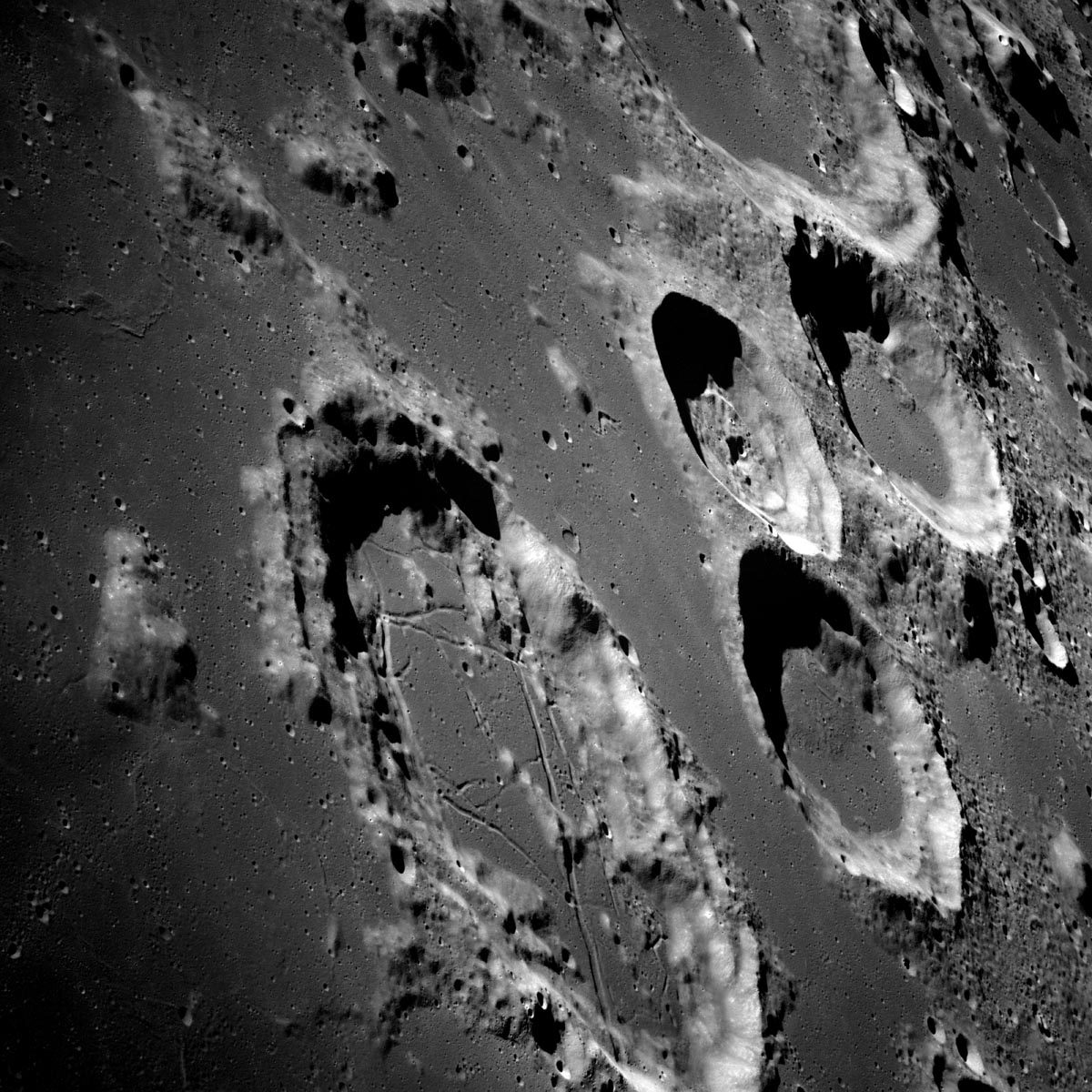 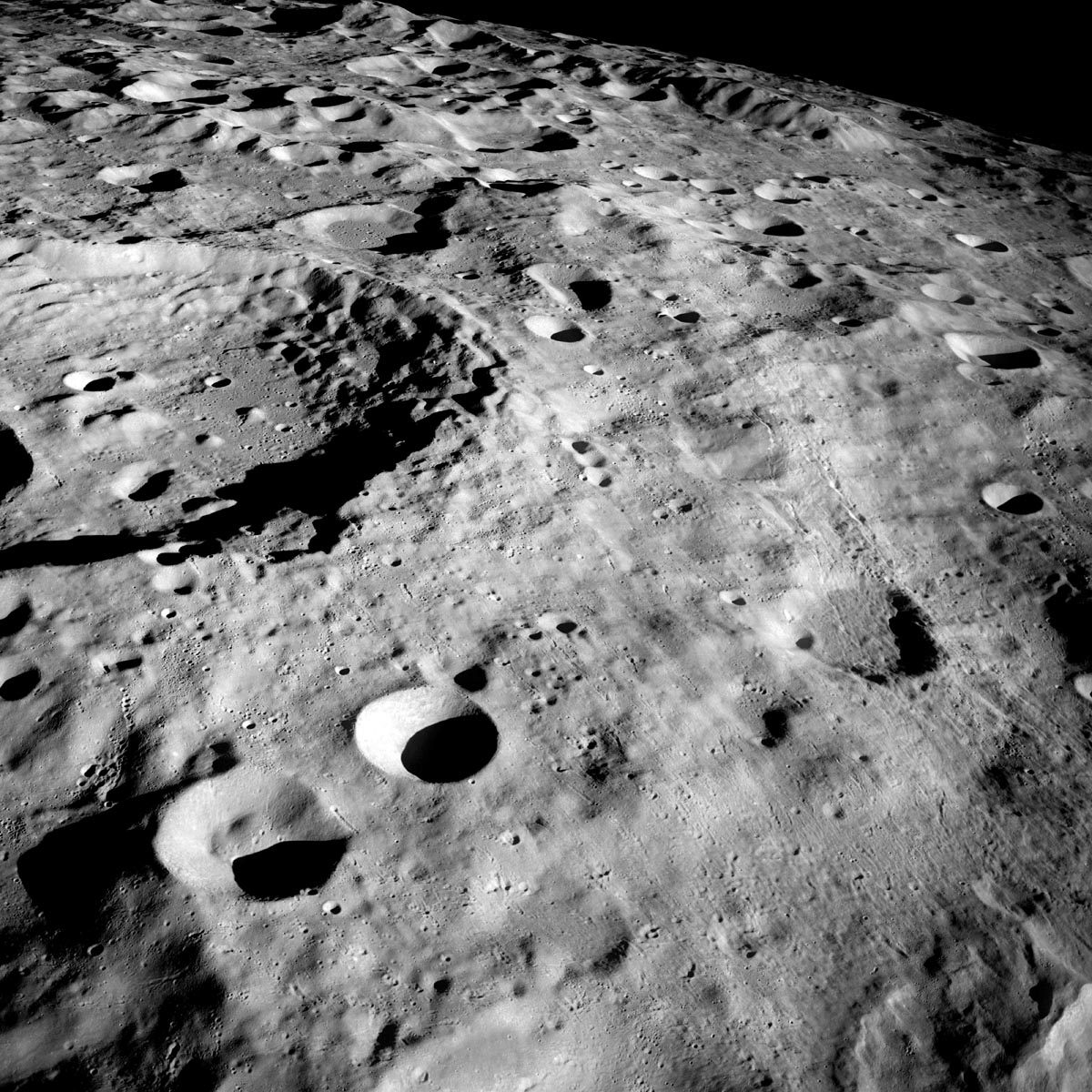 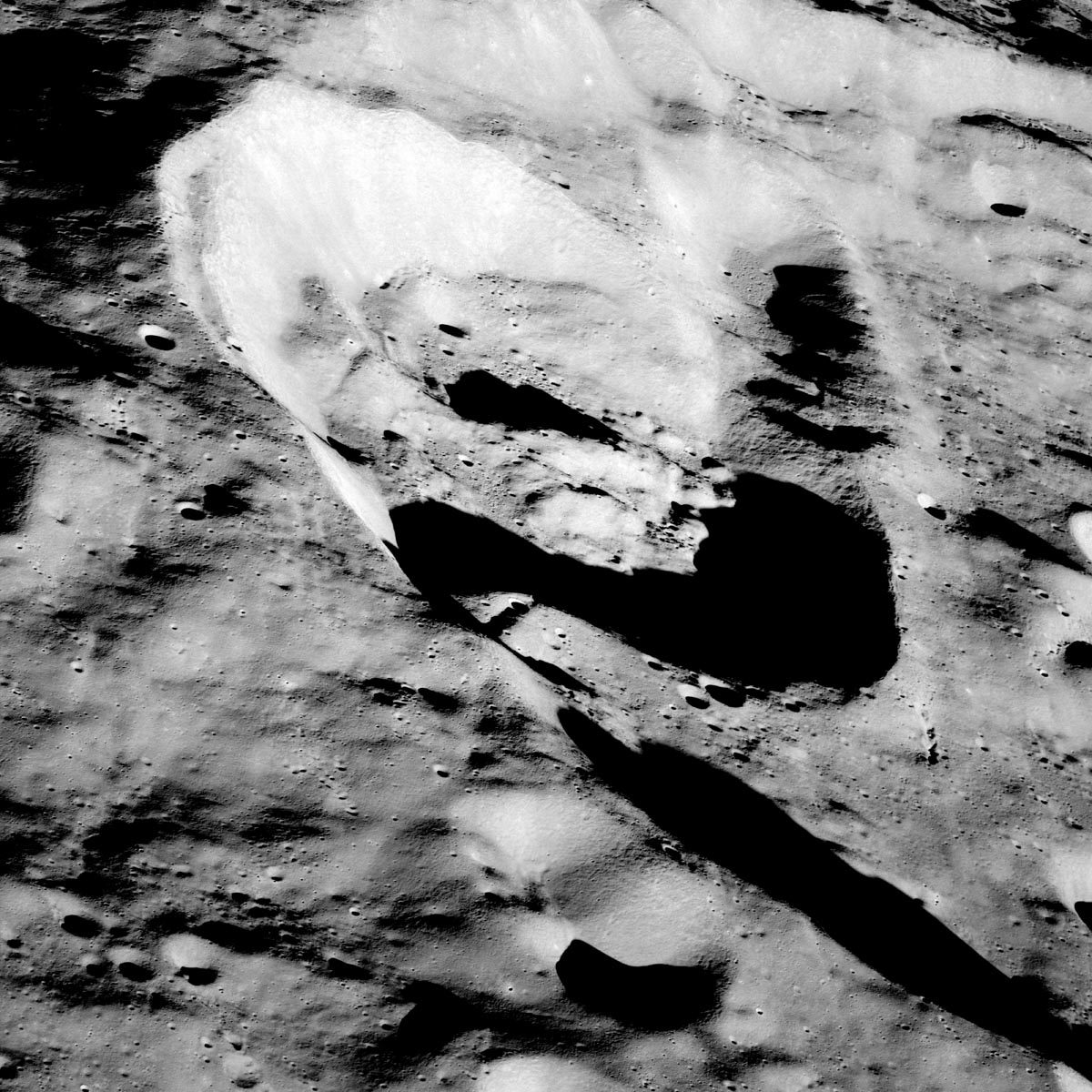 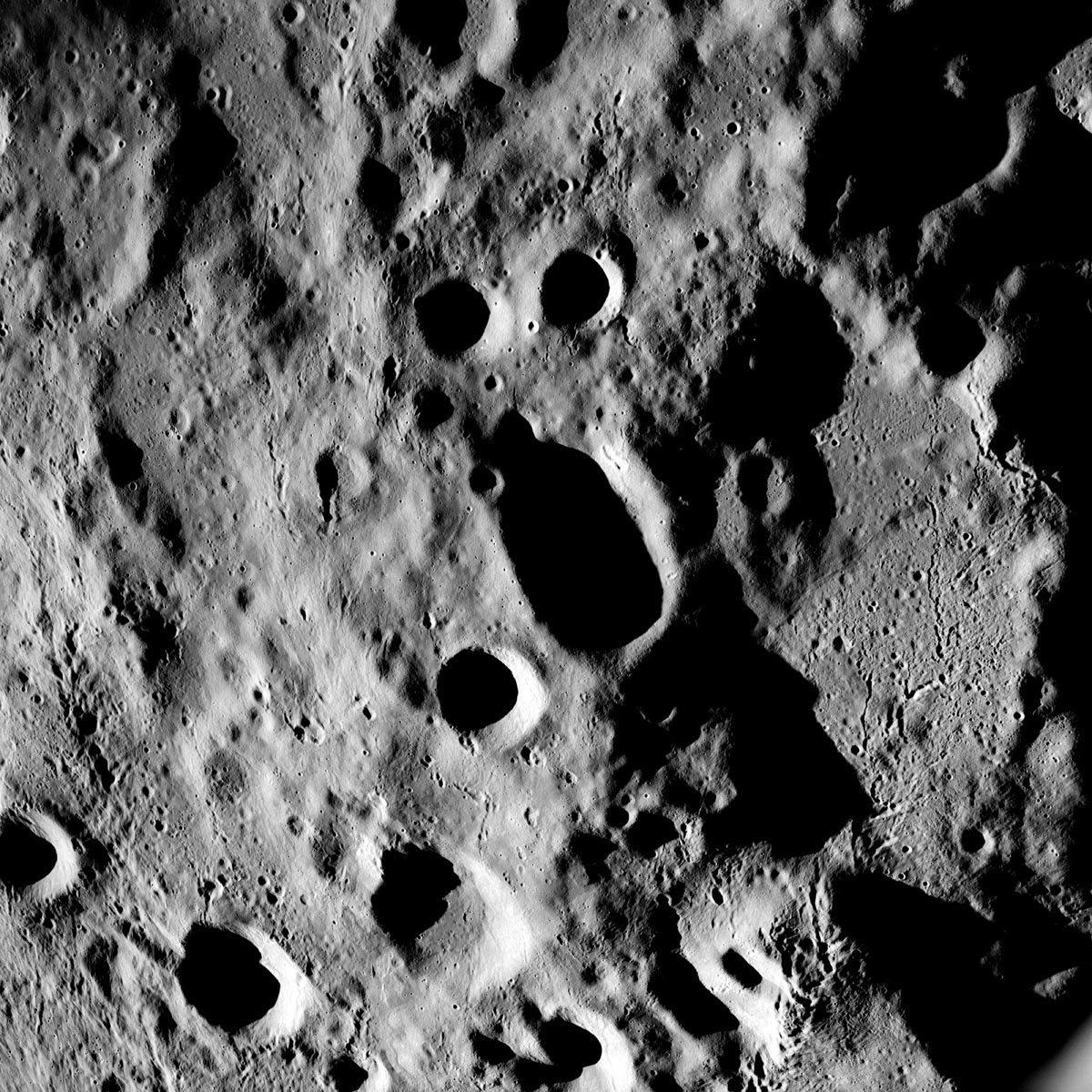 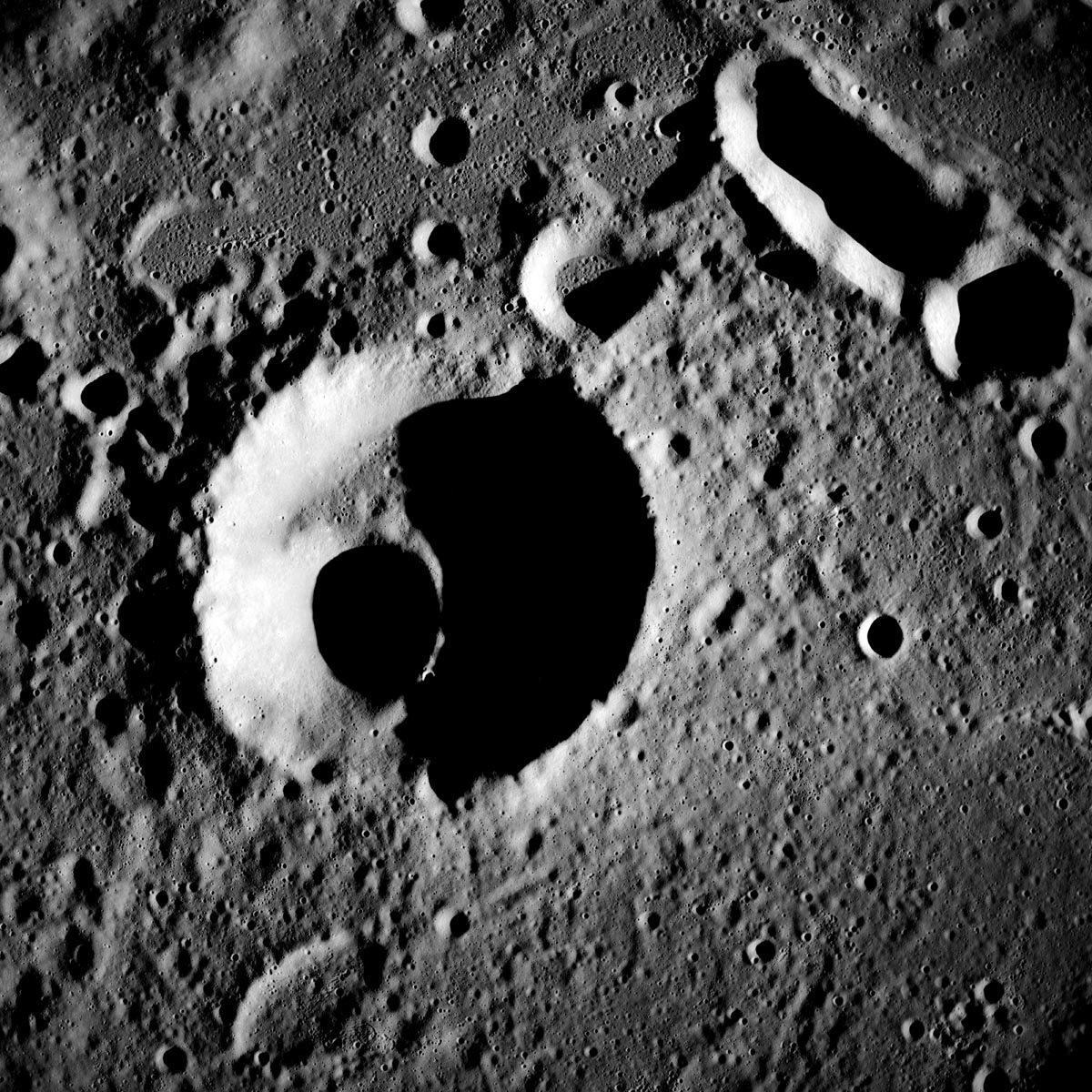 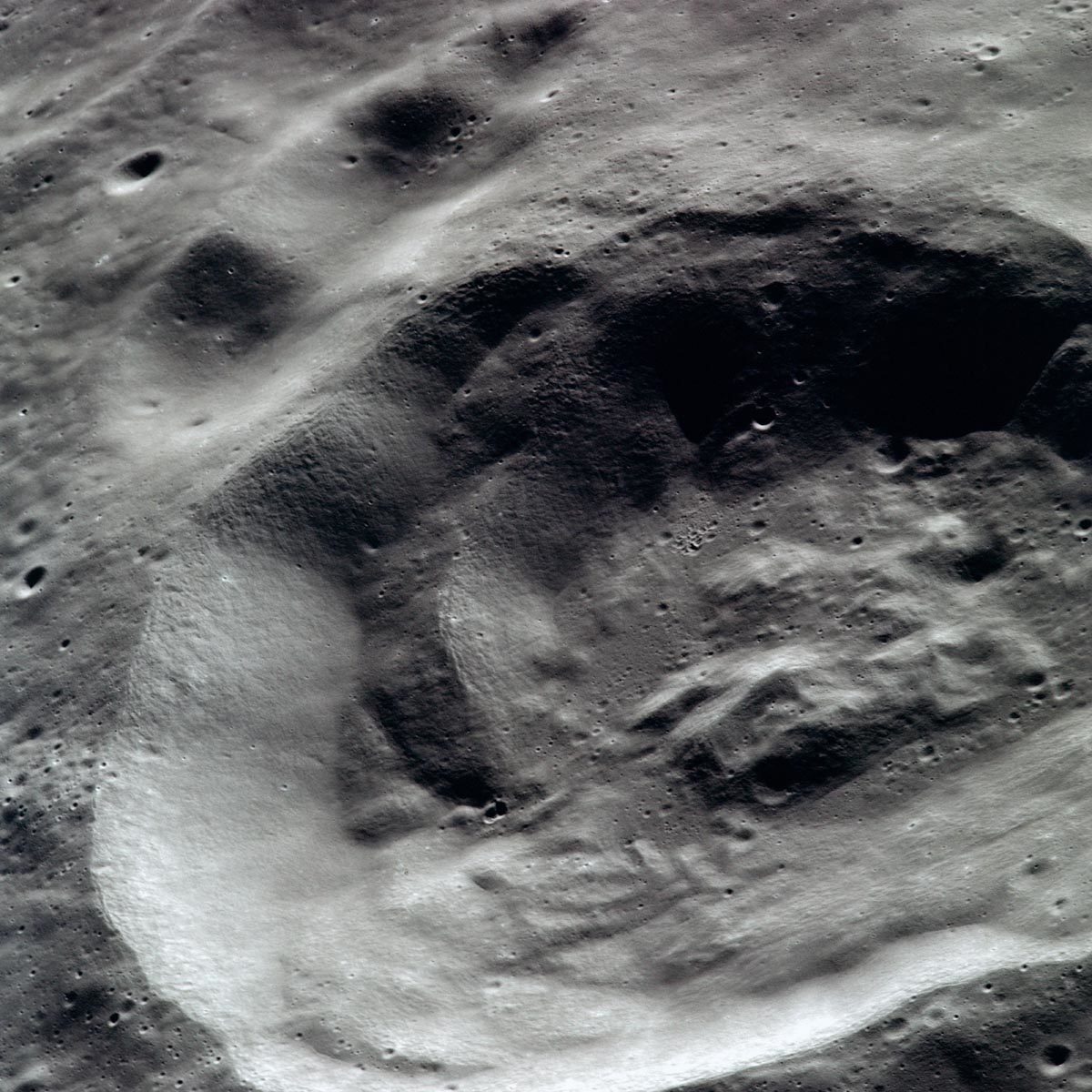 Commemorate the 50th Anniversary of Apollo 8 December, 2018 with a copy of The Apollo 8 Flight Images USB!