Click here to visit our Indiegogo campaign now and help us complete this film – great perks!  Be a part of space history!

Our Indiegogo campaign is now live to raise funds for production of our interview with General Thomas Stafford (Gemini 6, Gemini 9, Apollo 10, and ASTP)

On May 19th, I had the distinct pleasure of sitting down for an interview with the legendary Gen. Tom Stafford, at his name sake museum in Weatherford, OK, on the occasion of the 50th anniversary of the flight of Apollo 10. We set up the interview at the base of his actual Gemini 6 spacecraft, an incredible backdrop for our conversation.

General Stafford is among the space pioneer elite, having been selected to NASA as one of the “New Nine” – the second group of astronauts after the Mercury 7.  He graciously sat for the interview for about an hour before he had to prepare for a public talk he was to give at the local high school.

I was able to ask him questions about all of his missions.  From his first, GT-6, which featured the first rendezvous of two spacecraft, to his last, the Apollo-Soyuz test Project (ASTP) and the first docking of two international spacecraft.  In between, he confronted angry alligators; endured spacewalks from hell; barnstormed the moon, brought a tumbling spaceship back under control, and he became (as he remains to this day) the fastest man alive.  I also asked him about the significance and legacy of Apollo, the lessons and implications for humanity from international cooperation and seeing the Earth from space, and his thoughts on the future.

We were also fortunate to record his public talk, a Q&A session with Mark Larson, where Stafford shared even more stories.

In addition to the interview and public event, we recorded numerous exhibits in the museum to use in the film, and of course we have the entire catalog of fully restored ultra-high resolution images from all of Stafford’s missions to select and incorporate – as well as archival video footage to supplement the film.

Now we need to bring his great stories to life!  You can help by contributing to our Indiegogo campaign 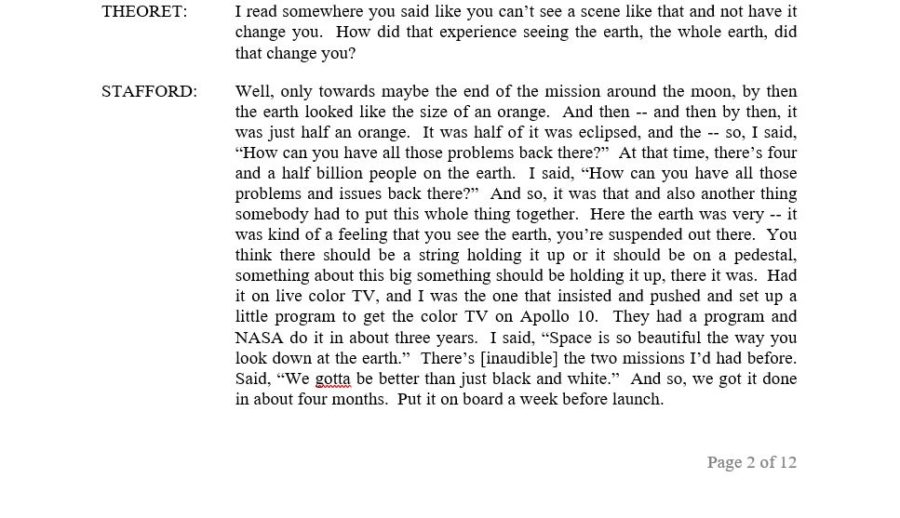 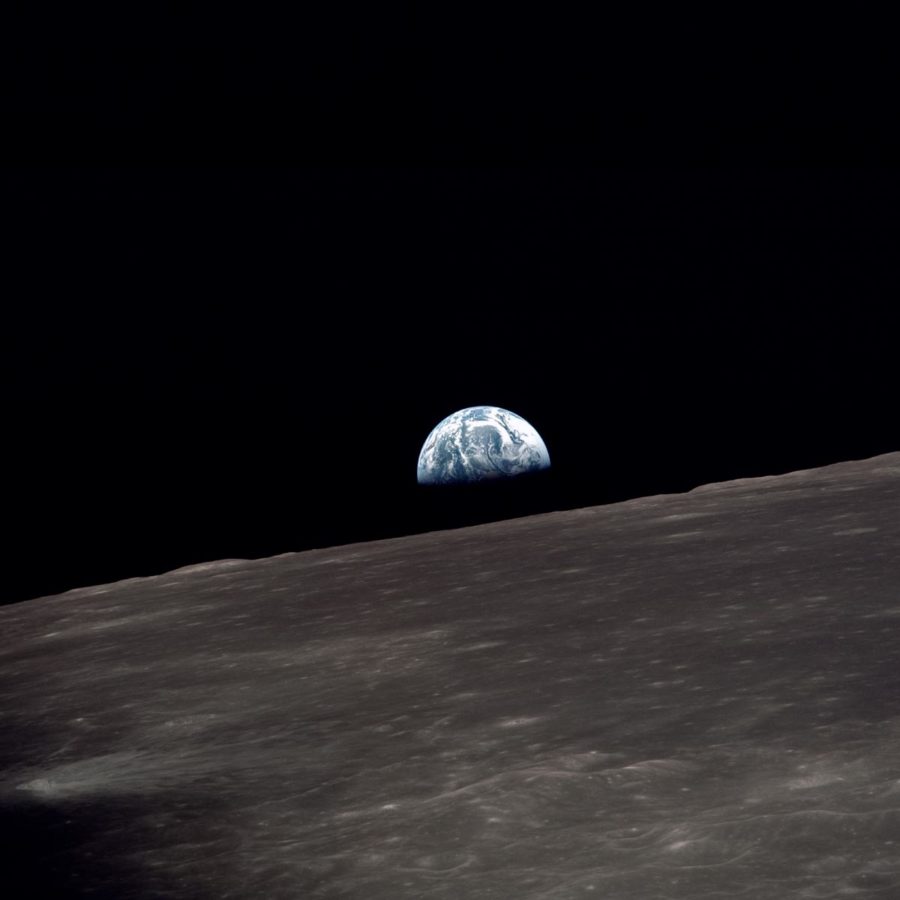 Earthrise over the moon from Apollo 10 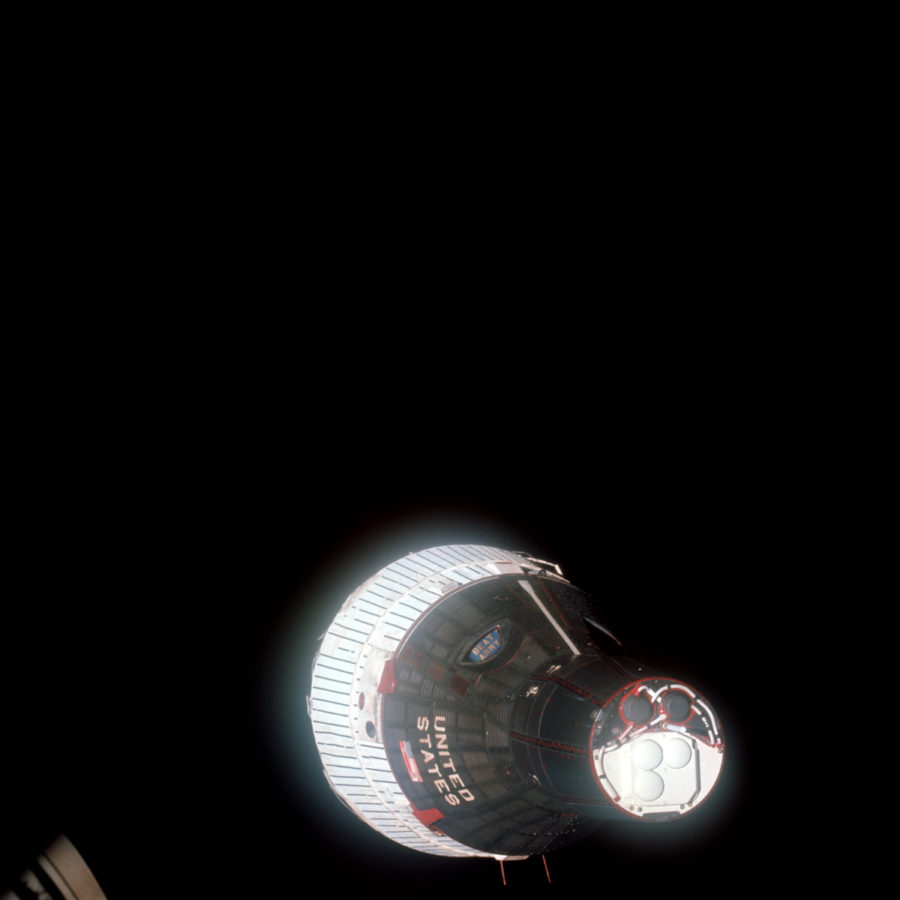 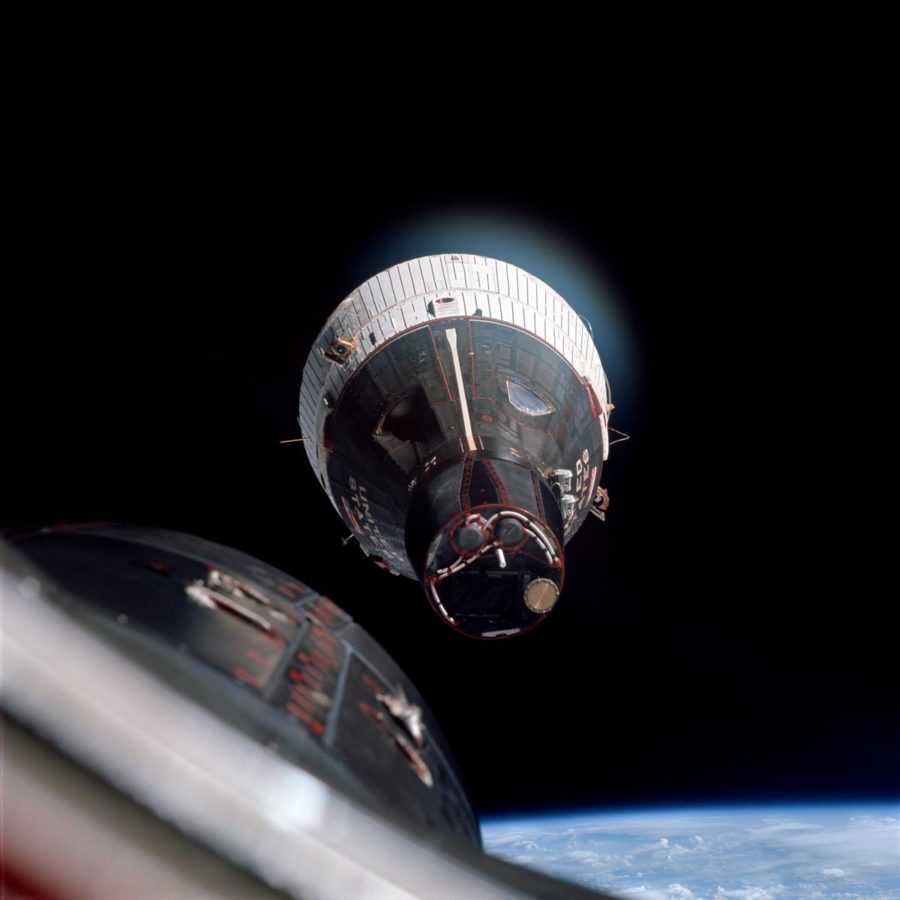 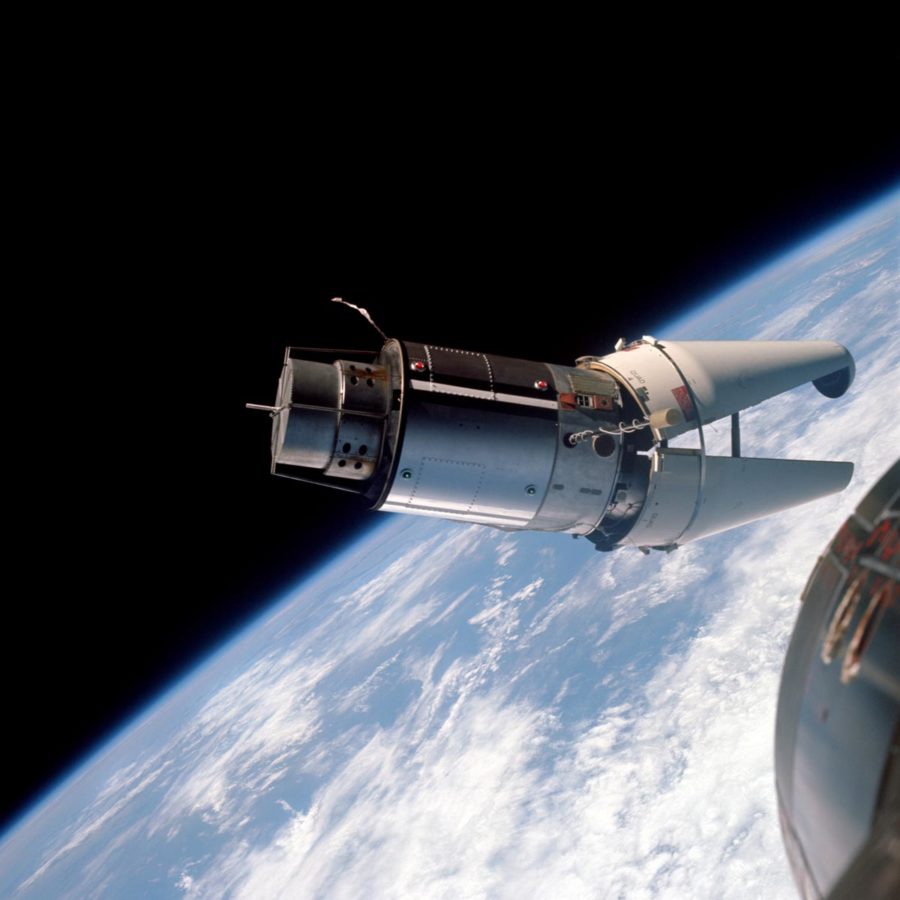 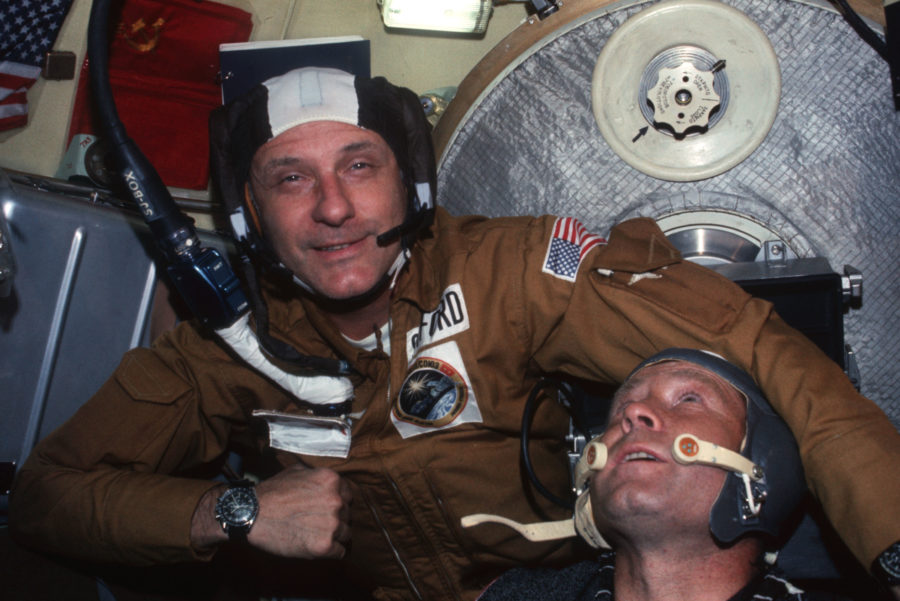 Stafford and Leonov during the ASTP mission

This campaign has a goal of $7500 for post-production needs to complete the Apollo 10 related film “Reflections: The General on Gemini & Apollo” with Apollo 10 astronaut General Thomas Stafford.  Filming is complete and funds generated will first be used for post-production needs.  Tom Stafford was the pilot of Gemini 6, and Commander of Gemini 9, Apollo 10, and the US crew for the Apollo-Soyuz Test Project Mission.  In the film, Stafford talks about Apollo 10, his two Gemini missions, and the Apollo-Soyuz Test Project (ASTP), the last of the Apollo era missions.

Funds raised beyond the requirements of this film will be used to cover productions costs for additional interviews.

We are offering some great, and incredibly unique, perks for contributors to this campaign, including:

Click here to visit our Indiegogo campaign now and help us complete this film – great perks!  Be a part of space history!